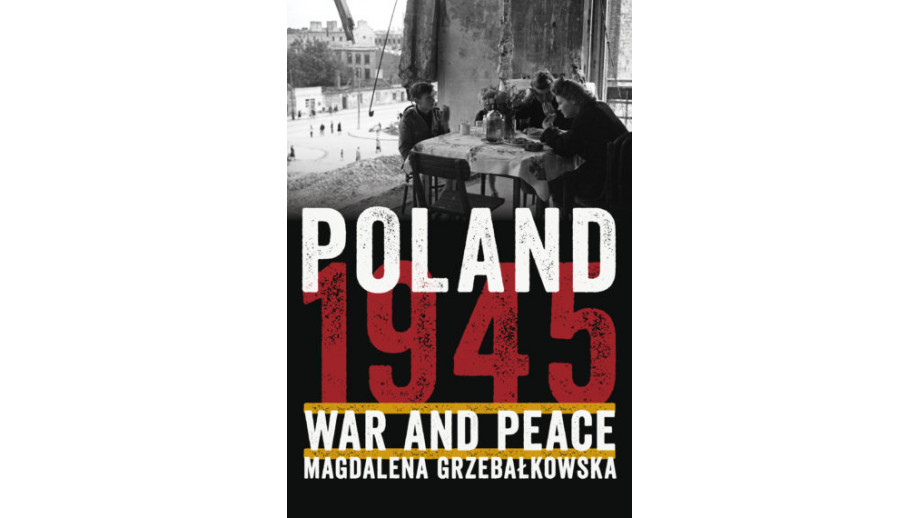 The Book Institute supported the English translation of “1945. Wojna i pokój” by Magdalena Grzebałkowska

In the United Steates, the translation of Magdalena Grzebałkowska’s book 1945. Wojna i pokój (”Poland 1945. War and Peace”) has just been published. The book was translated by Małgorzata Markoff and John Markoff. The publication was supported by the Book Institute as part of the ©POLAND Translation Programme.

The book Poland 1945. War and Peace, as reads the English title of the book, was published by the University of Pittsburgh Press publishing house.

The book by Magdalena Grzebalkowska - author of the bestselling biography Beksińscy. Portrtet podwójny ("The Beksinski Family. Double Portrait") - is a reporter's story about the most dramatic year of the 20th century. The author enters a temporarily no man’s land, or lands just seized by a new government, to take a close look at the fate of the last living witnesses of that time. People who, chased by fear, tried to break through the ice-coated Vistula Lagoon (there were half a million of them), displaced people who still found the previous owners in their new houses, the children of the Otwock orphanage for Holocaust survivors, looters, for whom the liberated areas became a giant Ikea store, people who outran their own death by a hair's breadth. She gives voice to the victims, but she also devotes a lot of space to the executioners - especially when she can show the post-war entanglement of roles and fates.

As part of the ©POLAND Translation Programme, The Book Institute has also recently supported the English translation of another book by Magdalena Grzebalkowska, i.e. Komeda. Osobiste życie jazzu (“Komeda: A Private Life in Jazz”, translated by Halina Maria Boniszewska, published by Equinox).