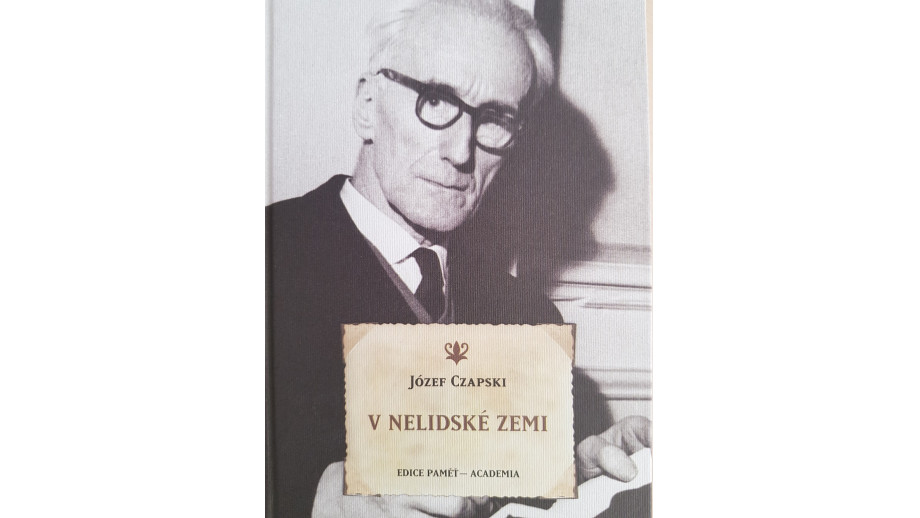 Just before a major anniversary of the Katyn massacre, the Czech edition of the classic work of Gulag literature Na nieludzkiej ziemi ("The Inhuman Land") by Józef Czapski was published. The publication was supported by the Book Institute and the Polish Institute in Prague.

The first Czech edition of Czapski's book, V nelidské zemi, is published by the prestigious publishing house Academia (associated with the Czech Academy of Sciences) as part of the Samostatnost 1918 programme. The aim of this project is to deepen the knowledge of Czech readers about Polish history by initiating and supporting publications presenting Polish historical experience.

"The idea came up in connection with preparations for the centenary of Poland’s regaining independence in 2018" - explains Maciej Ruczaj, the Director of the Polish Institute in Prague. "While contemporary fiction mostly sooner or later reaches Czech readers thanks to the translation programme of the Book Institute, publications on history prove to be too expensive for publishers and appear sporadically".

The programme “Samostatnost 1918” (that is, "Independence 1918") is not limited to scientific books: for instance, next to Prof. Grzegorz Motyka's work on the massacres of Poles in Volhynia, there can also be found Witold Szabłowski's reportage Sprawiedliwi zdrajcy ("Righteous Traitors") on the same subject, the biography of Janusz Korczak by Joanna Ronikier, as well as Bronisław Wildstein's novel Czas niedokończony (“Unfinished Time”).

Another important element is the support of Czech historians dealing with Polish subjects:  parallel to The Inhuman Land, the book entitled Mit republiki ("Myth of the Republic") by Jan Květina from the Institute of History of the Czech Academy of Sciences, the first comprehensive analysis of the political thought of the Polish-Lithuanian Commonwealth in Czech is also being published over this period.

The Inhuman Land is the seventeenth item issued under the "Samostatnost 1918" project. The project will culminate in this year's book fair in Prague, where Poland will be an honorary guest. The book fair planned for May has now been postponed to the second half of the year, but preparations for further publications are underway: "We hope that The Volunteer, the story of cavalry captain Witold Pilecki written by Jack Fairweather, will also be a hit on the Czech market. We also pay our debts to the classics: Czapski will also be followed by the first Czech translation of Józef Mackiewicz's novel, namely Droga donikąd ("The Road to Nowhere")”.