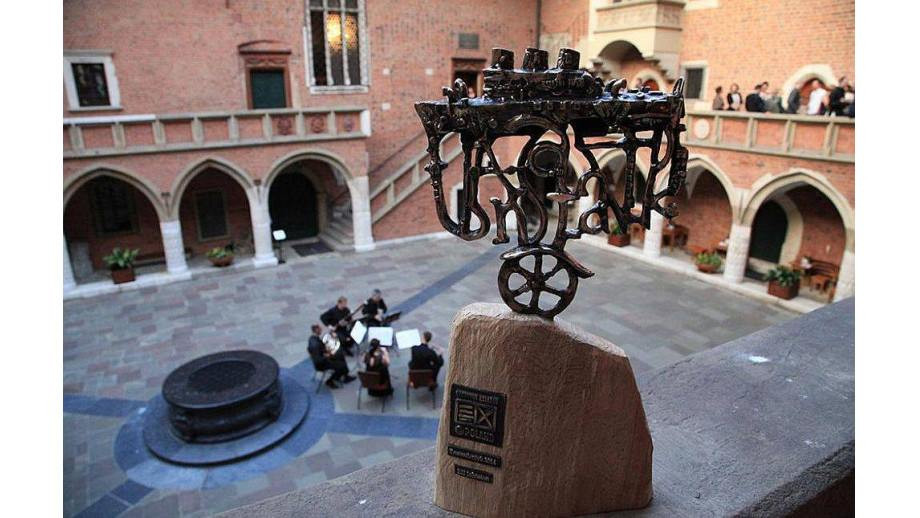 Transatlantyk Award for the fifteenth time

This Friday, June 14th, at 7 p.m., the Jagiellonian University Museum at Collegium Maius in Cracow will host the fifteenth edition of the Transatlantyk Award, an annual award from the Book Institute for an eminent promoter of Polish literature abroad. The winner may be a translator, a publisher, a critic, or an animator of cultural life.

This year's award ceremony coincides with the seminar for foreign publishers (14th–15th June), organised for the eighth time by the Polish Book Institute.

So far, this prestigious award was given to such outstanding personalities as Anders Bodegård, Albrecht Lempp, Ksenia Starosielska, Biserka Rajčić, Pietro Marchesani, Vlasta Dvořáčková, Yi Lijun, Karol Lesman, Bill Johnston, Laurence Dyèvre, Constantin Geambaşu, and Lajos Pálfalvi. Last year, the Transatlantyk was awarded to Antonia Lloyd-Jones, one of the most eminent translators of Polish literature in the world, the author of over a hundred translations from the Polish language, whose rich and extremely versatile output includes, inter alia,  novels by Jacek Dehnel, Paweł Huelle, Jarosław Iwaszkiewicz, Zygmunt Miłoszewski, Żanna Słoniowska, and Olga Tokarczuk. Lloyd-Jones also received twice the prestigious Found in Translation Award: for her translation of Paweł Huelle's Ostatnia wieczerza (“The Last Supper”, 2009) and for her lifetime achievement (2012).

This year, the winner will be chosen by a jury composed of Dr Stanley Bill, Prof. Lajos Pálfalvi, Prof. Ewa Thompson, Prof. Maciej Urbanowski, Prof. Alois Woldan. The jury is chaired by the Director of the Polish Book Institute, Dariusz Jaworski.

2010 - Pietro Marchesani (Italy) – a prominent promoter of the works of Wisława Szymborska in Italy;

2014 - Bill Johnston (USA) – remarkable expert and promoter of Polish contemporary literature, but also poetical classics of the 19th century; equally contributed to American success of the novels by Myśliwski;

2015 - Laurence Dyèvre (France) – a translator with about sixty translations to her name, mainly Polish contemporary prose, spanning the whole of the 20th century;

2016 - Constantin Geambaşu (Romania) – translator and graduate of Polish philology, with about fifty Polish books published in the most prestigious Romanian publishing houses;

2017 - Lajos Pálfalvi (Hungary) – a literary historian, critic, one of the most prominent translators of Polish literature, with nearly sixty published book translations of Polish fiction, essays, and reportage; a great promoter of the works of Józef Mackiewicz;

2018 - Antonia Lloyd-Jones (Great Britain) - one of the most outstanding translators of Polish literature into English, a great promoter of Polish culture; her achievements include over a hundred translations.