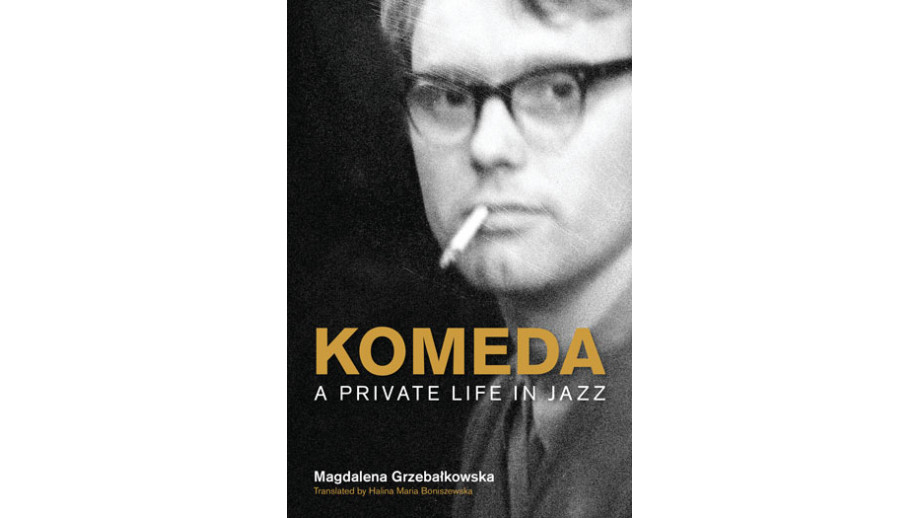 In England, a translation of Magdalena Grzebałkowska’s book Komeda. Osobiste życie jazzu (”Komeda: A Private Life in Jazz”) has just been published. The book was translated by Halina Maria Boniszewska. The publication of the book was supported by the Book Institute as part of the ©POLAND Translation Programme.

The book Komeda: A Private Life in Jazz, as reads the English title of the book, has been published by the Equinox publishing house in Sheffield.

A man of mystery. He did not write letters. He did not keep diaries. Taciturn. Kind. Smiling. Private - that's what they said about him. Most of what we know about Krzysztof Komeda comes from his wife's memories. Often contradictory to what others remember. Agnieszka Osiecka wrote that when he played the piano, his hands told "small, intimate stories about heaven for two people.” But his life was not such a story.

In order to learn the truth about one of the most outstanding Polish musicians, whose lullaby from "Rosemary's Baby" was hummed by everyone worldwide, Magdalena Grzebalkowska visits, among others, Scandinavian countries, Russia, and the United States. She reaches the last surviving witness of the tragic fall from an escarpment fifty years ago, and she is the first to present his version of events. She discovers the personal life of Polish jazz - Komeda and the circles he moved in: from the colourful life of ‘Piwnica pod Baranami’ (a Polish literary cabaret located in Cracow – translator’s note) and the birth of the Warsaw Jazz Jamboree to Los Angeles just after the summer of love. He gets to know the stories of people who gave up their jobs, children, and prosperous lives for music.

The book is a touching portrait of the generation for whom jazz was the most beautiful - and often the only - substitute for freedom.

Next: "Polskie dzieje od czasów najdawniejszych do współczesności" in Romanian with the support of the Book Institute Back to list