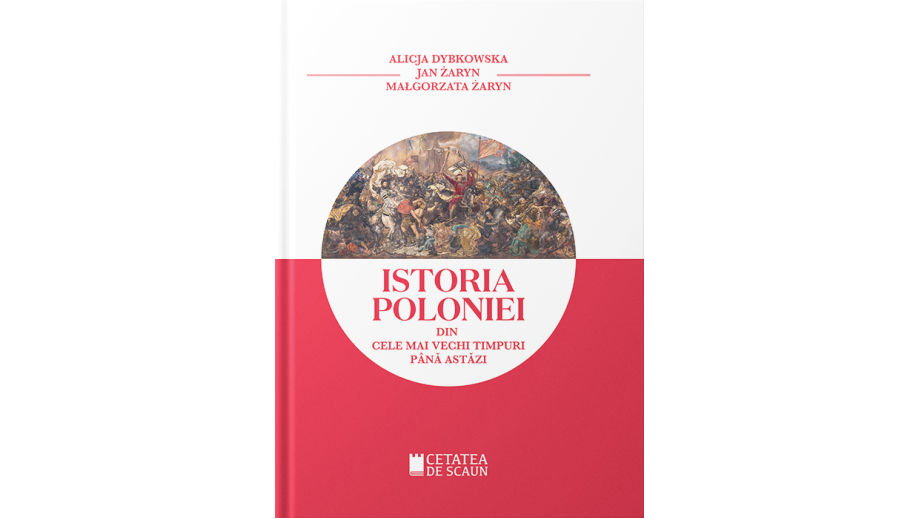 In Romania, a translation of Polskie dzieje od czasów najdawniejszych do współczesności (“Polish History from the Ancient to the Present Day”) has been recently published. The book was translated by Constantin Geambaşu. The publication of the book by Alicja Dybkowska, Jan Żaryn, and Małgorzata Żaryn was supported by the Book Institute as part of the ©POLAND Translation Programme.

The book Istoria Poloniei din cele mai vechi timpuri pana astazi, as reads the Romanina translation of the book, has been published by Cetatea de Scaun publishing house in Târgoviște.

Polish History from the Ancient to the Present Day is a popular synthesis of our country's history in an interesting graphic design, containing explanations of the most important historical terms and concepts as well as an index of names; it is also richly illustrated with both colourful and black and white maps.

In an accessible, essayistic form, it depicts eleven centuries of changing fates of Poles and their statehood, starting from the birth of the Piast monarchy in the 10th century and ending with the Third Polish Republic. Written by a young generation of historians, the book is free of many interpretation burdens. The standard of the subject matter was supervised by eminent scientists and educators. In this edition, colourful illustrations are placed next to black and white iconography and colourful maps. The book is intended for adults and school children.

The translator of the book, Constantin Geambaşu, is a one-man-institution; he has about fifty translations of Polish books to his name, which have been published in the most prestigious Romanian publishing houses. In 2016, the Book Institute awarded Geambaşu with the prestigious Transatlantyk Award, which is granted to the most outstanding translators of Polish literature into foreign languages.