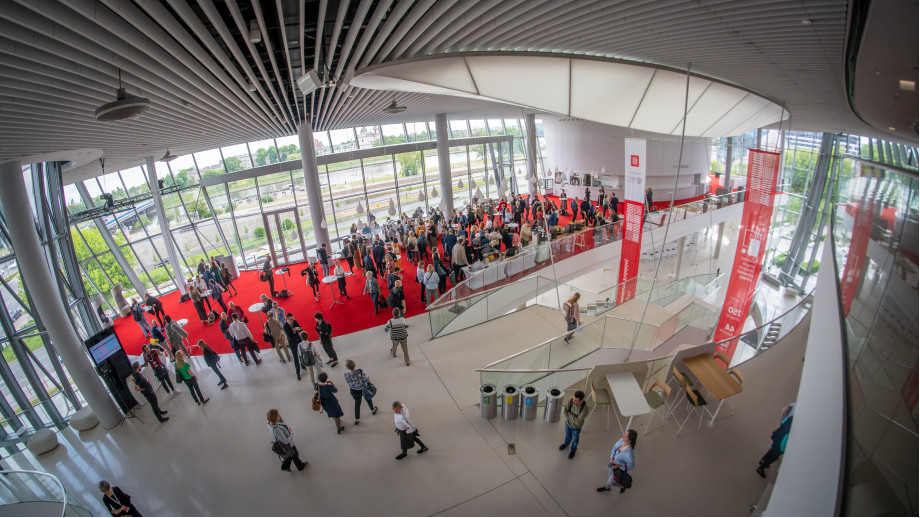 Second day of the World Congress of Polish Literature Translators

The second day of the World Congress of Polish Literature Translators is not only a series of interesting discussion panels and thematic blocks. Today, the winner of the most prestigious distinction for ambassadors of Polish literature abroad, the Transatlantyk Award granted by the Book Institute, will be announced.

Today at the ICE Krakow Congress Centre, three thematic sections await the translators and guests of the Congress. In the first of them, which will last until 10:45 a.m., the participants of the event will be able to take part in a panel devoted to translations of Adam Mickiewicz's works into foreign languages with the participation of Nguyễn Văn Tháia, Tokimasa Sekiguchi, Andrei Khadanovich, and Michael J. Mikos, who, in an extremely skilful way, try to bring the works of the Polish bard closer to readers from their countries - an exceptionally difficult task. Visitors will also be able to listen to one hundred questions about comics from comic book publisher Paweł Timofiejuk to Daniel Odija and Bartosz Sztybor, as well as a lecture on crime fiction by Mariusz Cieślik.

The second block of meetings will last from 11:05 to 12:20. The cycle "The writers and their translators" will feature Herbert Ulrich, Lucie Szymanowska, and Magdalena Mitreva, who have translated Bronisław Wildstein's prose. Certainly, those who choose meetings from the series "100 questions to..." will not be disappointed. At one of the meetings, Marcin Kube will talk to Tomasz Grzywaczewski and Zbigniew Rokita about the borderland issues, whereas Bernadetta Darska will host a meeting with Anna Kańtoch and Wojciech Chmielarz, who will discuss how the anxieties of today's people are reflected in the pages of their latest crime novels.

The third section will start at 13:20 and end at 14:35. The programme includes a meeting with the translators of Witold Szabłowski's works: Leonardo Masi, Abel Murcia Soriano, and Andriy Bondar, as well as a lecture by Agnieszka Karp Szymańska, who will present the most recent phenomena in Polish youth literature.

In the final section (14:55-16:10), translators Elżbieta Wójcik-Leese, Biserka Rajčić, and Renata Putzlacher-Buchtová will talk about translations of poetry by Marzanna Bogumiła Kielar, Andrzej Nowak; Zbigniew Stawrowski will be asked 100 questions about community by Dariusz Jaworski, Director of the Book Institute, and Andrzej Waśko will give a lecture entitled “Jarosław Marek Rymkiewicz in memoriam” in honour of one of the greatest contemporary Polish writers.

The most important event on the second day of the Congress will be the Transatlantyk Award Ceremony, which is presented annually by the Book Institute to one of the most distinguished ambassadors of Polish literature abroad. This year, during the Transatlantyk Award gala, the statuettes will be presented to three laureates - Professor Ewa Thompson from the USA (for 2020), Professor Tokimasa Sekiguchi from Japan (for 2021), who could not receive the statuettes due to the pandemic, as well as this year's laureate, whose name will be announced during the ceremony. The Transatlantyk Award will be granted for the eighteenth time.

The World Congress of Polish Literature Translators is organised by the Book Institute in a four-year cycle. It brings together 500 participants, including 250 translators from over 50 countries - mostly from Europe, but also from North and South America, Asia, and Australia. It is a great celebration of Polish literature, honouring the efforts of those who work to translate and promote the works of Polish writers abroad. The event is held under the honorary patronage of the Deputy Prime Minister, Minister of Culture and National Heritage, Prof. Piotr Gliński.

A detailed programme of the event can be found on the website:

Next: Two translators decorated with Gloria Artis Medals for Merit to Culture Back to list