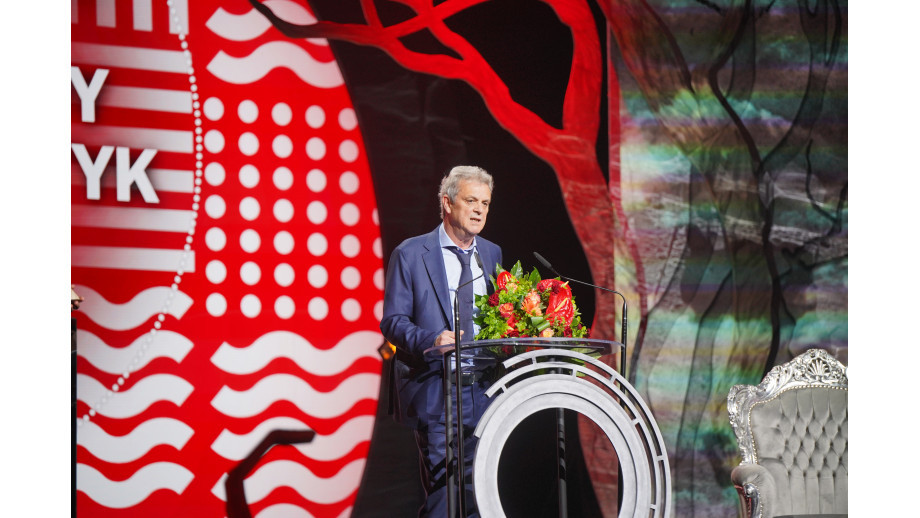 "I am honoured to receive this award, but I also consider this distinction as a recognition of all the excellent Polish scholars in Italy. Such moments prompt a return to the past. Perhaps I wouldn't be doing what I'm doing if it weren't for two meetings with Polish writers that happened to me while I was still a student. The meetings in question were with Jan Himilsbach and Edward Redliński, who had just published his Konopielka. I would most like to thank them and other Polish writers I encountered on my way!," said the winner of the 2022 Transatlantyk Award.

Silvano De Fanti (born 1949) is presently the most eminent translator of Polish literature into Italian and one of the most indefatigable promoters of Polish language and culture in Italy. He has translated an impressive number of works considered to be classics of Polish literature, both contemporary and 19th century. For years, his work has remained a point of reference for a large and distinguished group of Polish scholars from Italy.

After studying Polish philology at the University of Florence, where he was tutored by the renowned Italian Polish scholar Anton Maria Raffa, Silvano De Fanti left for Poland. From 1974 to 1983, he lived in Warsaw, where he was an Italian language teacher at the Italian Culture Institute at Warsaw University. He spent much of his academic career heading the Department of Polish Studies at the University of Udine. He is now retired but has not abandoned the translation work for which he is best recognised.

However, it is the translation of Pan Tadeusz that constitutes Silvano De Fanti's translation magnum opus in which the translator managed to masterfully convey the smoothness, musicality, and distinctiveness of Adam Mickiewicz's masterpiece. He was awarded the prestigious Premio LILEC per la Traduzione Poetica by the University of Bologna in 2021 for this translation. De Fanti is also co-author of the Italian History of Polish Literature (ed. L. Marinelli, Turin 2004, Polish edition Ossolineum 2009).

The award for the translation of Pan Tadeusz is not, however, the only award that Silvan De Fanti has received in the course of his long career. In 2007, the translator was awarded the Gloria Artis Gold Medal for Merit to Culture by the Polish Ministry of Culture and National Heritage, and in 2020, he received the Premio Nazionale Per La Traduzione Award granted by the Italian Ministry of Culture.

The gala was graced by a letter from President Andrzej Duda, read by Wojciech Kolarski, the Secretary of State in the Chancellery of the President of the Republic of Poland.

The President was echoed by the Director of the Book Institute, Dariusz Jaworski, who said, “Ladies and Gentlemen, you are a treasure for Polish culture and Polish literature. You are the republic of people who promote and celebrate Polish literature around the world. I thank you so much for this!"

The Transatlantyk Award was granted for the 18th time this year. At this year's gala, however, it was not only presented to De Fanti. Statuettes also went to 2021 awardee Prof. Tokimasa Sekiguchi and 2020 awardee Prof. Ewa Thompson. The winners have only received them now because of the COVID-19 pandemic and the associated travel difficulties, which prevented the Book Institute from organising the Transatlantyk Award gala in the past two years.

"Over the course of more than forty years at American universities, I never learned how to give speeches.  I will therefore spare you a flimsy speech today too. I simply wanted to thank Director Dariusz Jaworski and all the staff of the Book Institute for this award," said Professor Ewa Thompson.

"It is of particular importance for me that I receive this award in this very place, because it was here, at the Wawel Castle, nearly half a century ago, that my adventure with Polish culture began. I am deeply moved by this. I would like to thank all the people who, at that time, welcomed me, the ugly duckling, so warmly in Poland. Many of them are no longer with us, so it is possible that tomorrow I will go to the Rakowicki Cemetery with these flowers I have just received," said Professor Tokimasa Sekiguchi, who calls himself an "importer of Polish culture to Japan".

After presenting the statuettes to three outstanding promoters of Polish literature, the gala participants had a chance to listen to the performance of the Pianohooligan quartet (Piotr Orzechowski) and Igor Boxx, who translated the third part of Adam Mickiewicz's Dziady (“Forefathers' Eve”) into the language of music.

Transatlantyk Award is an annual award from the Book Institute for an eminent ambassador of Polish literature abroad. The winner may be a translator, a publisher, a critic, or an animator of cultural life.

Next: Final day of the World Congress of Polish Literature Translators Back to list