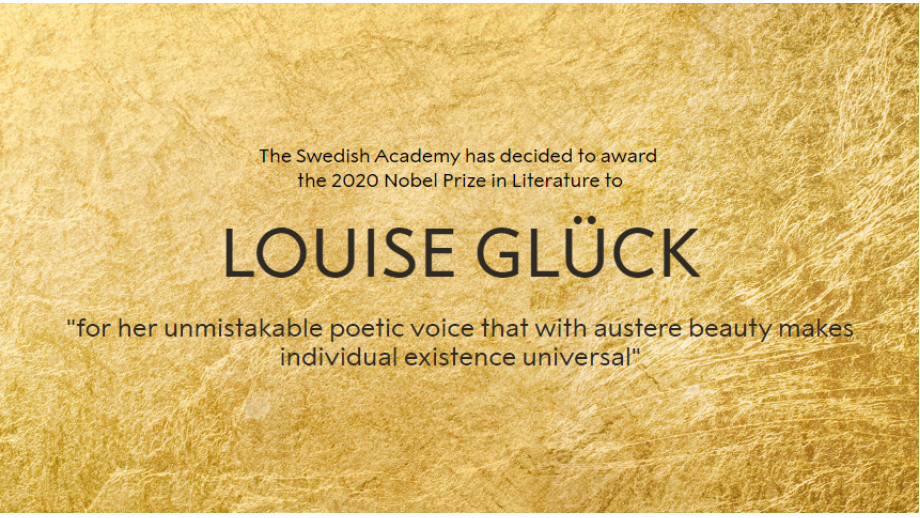 American poet Louise Glück was awarded the Nobel Prize for Literature 2020 "for her unmistakable poetic voice that with austere beauty makes individual existence universal,” announced the Swedish Academy on Thursday.

Louise Elisabeth Glück was born on April 22, 1943 in New York. She is the author of more than a dozen volumes of poetry; the latest one, Faithful and Virtuous Night (Giroux, 2014) won the National Book Award in the "poetry" category. Her other volumes include Poems 1962-2012, A Village Life: Poems, Averno, The Seven Ages, Vita Nova, and October.

The Nobel Prize winner is also the author of such volumes as Meadowlands, The Wild Iris, Ararat, The Triumph of Achilles, as well as essays such as Proofs and Theories: Essays on Poetry (Ecco Press, 1994).

The poet is also a professor of literature at Yale University.

Next: Literary Awards of the Union of Polish Writers Abroad awarded Back to list