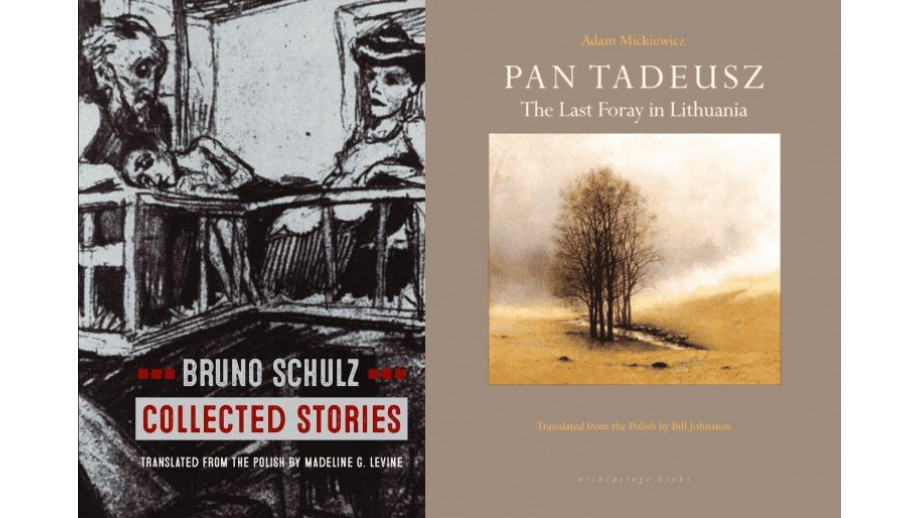 Madeline G. Levine and Bill Johnston in the finals of the prestigious American National Translation Award for their translations of Schulz and Mickiewicz

The shortlist of prose nominations:

Uwe Johnson, Anniversaries: From a Year in the Life of Gesine Cresspahl, translated from the German by Damion Searls (New York Review Books)

Jun’ichiro Tanizaki, In Black and White, translated from the Japanese by Phyllis I. Lyons (Columbia University Press)

Armonía Somers, The Naked Woman, translated from the Spanish by Kit Maude (The Feminist Press)

The shortlist of translations nominated in poetry:

Tanella Boni, The Future Has an Appointment with the Dawn, translated from the French by Todd Fredeson (University of Nebraska Press)

The nominations were announced yesterday. The ALTA Award is the only award in the United States to be awarded on the basis of a rigorous examination of both the source text and its relation to the finished English work.

This year’s prose judges are Bonnie Huie, Charlotte Mandell, and Jeffrey Zuckerman. This year’s judges for poetry are Anna Deeny Morales, Cole Heinowitz, and Sholeh Wolpe. The winning translators will receive a $2,500 cash prize each. The winners will be announced at ALTA’s annual conference on 8th November.

Next: Hendrik Lindepuu wins the August Sang Award Back to list