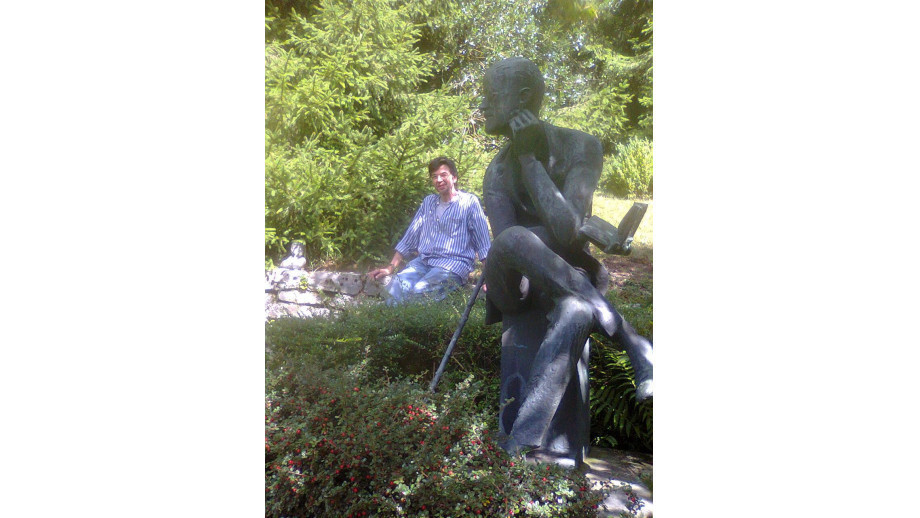 Outstanding translator Maciej Świerkocki has received the Bernard O'Connor Award from the Irish Embassy for his new translation of James Joyce's Ulysses and his book Łódź Ulissesa (“Ulysses’s Boat”). The award, which was established in 2018, will be presented on 15 June at the Irish Ambassador's residence in Warsaw. The patron of the award, Bernard O'Connor, was a physician at the court of King Jan Sobieski III and author of the first history of Poland written in English.

Maciej Świerkocki is a graduate of English Philology (with a degree in 1985) and Philosophy (with a degree in 1988) at the University of Łódź. Between 1987-2011, he was a lecturer at the University of Łódź, at the Institute for Contemporary Culture (cultural studies). He received his PhD in 1995 and was decorated with the Gold Medal of the University of Łódź in 2010. He has contributed to many literary magazines, including ”Literatura na świecie”, “Playboy”, “Odra”, “ExLibris”, “Film”, and “Film na świecie”.  He has also been published in the foreign journals, “Tampa Review” (USA) and “The Yellow Nib” (Northern Ireland). Nominated for the 2003 “Eagle” Polish Film Award for his script for the feature film “Tam i z powrotem” (“There and Back”, together with Anna Świerkocka) directed by Wojciech Wójcik. Author of several novels, including Lizabójca, czyli zabawy barbarzyńców and the graphic novel Naród zatracenia (“The Nation of Perdition”, together with Mariusz Sołtysik).

Świerkocki was the first Pole to serve on the jury of the prestigious Dublin IMPAC International Literary Award 2014. He is a member of the Polish Writers' Association and the Polish Film Academy, as well as an honorary member of the Polish Literary Translators Association (STL). In 2014, he was awarded the Bronze Medal for Merit to Culture – “Gloria Artis". In 2015, he received the medal for "Merits to the City of Łódź", as well as the 2014 "Literatura na świecie" award in the prose category for his translation of the novel Candy by Terry Southern and Mason Hoffenberg.

Next: Indian author Geetanjali Shree wins the International Booker Prize Back to list