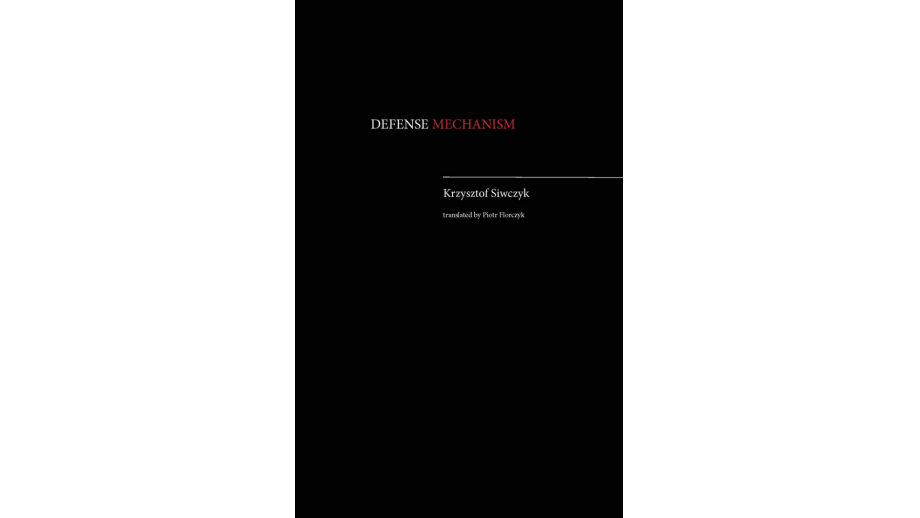 Krzysztof Siwczyk in English for the first time

A translation of Krzysztof Siwczyk's one-act poem, Mechanizm obronny (“Defence Mechanism”), was published in the United States. The work was translated by Piotr Florczyk, a winner of the Found in Translation Award, and published by the newly established Textshop Editions publishing house. This is the poet's first book publication in English.

Defense Mechanism is, as literary critic Maciej Woźniak wrote in "Dwutygodnik", "a dialogue, divided into several acts that can be distinguished thanks to modest yet significant stage directions, representing radically different attitudes toward existence (whose framework is defined by language) and language (which funds the framework for existence). The whole piece has a raw Beckettian form, with Voice 1 and Voice 2 meeting in a spiritual setting familiar from the Irish playwright's works. Siwczyk draws from one of the most important inspirers of his poetry not only the ideological message, but also the form, and this is not the end of the story, because at the same time, he engages in a discussion about his own poetry.”

Defense Mechanism was originally published in the volume Jasnopis (a5 Publishing House) in 2016.

Next: The Translation of Marcin Świetlicki's poems nominated for the PEN Award for Poetry in Translation Back to list