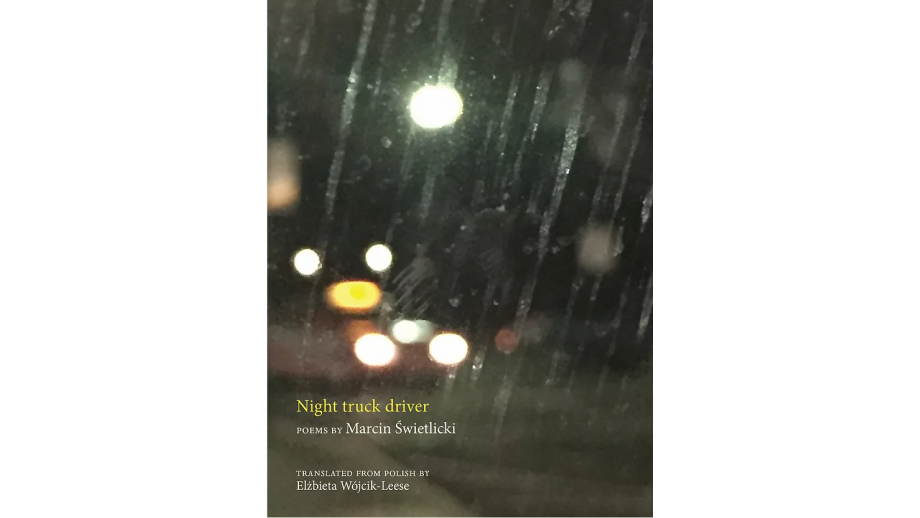 The nominations for the PEN America Awards have been announced. In the "Poetry in Translation" category, among ten nominated entries, a selection of poems by Marcin Świetlicki entitled Night Truck Driver, translated by Elżbieta Wójcik-Leese, can be found.

Nominations were awarded by a panel of judges consisting of Daniel Borzutsky, Marissa Davis, and Meg Matich.

The longlist of nominated books:

Lean Against This Late Hour, Garous Abdolmalekian (Penguin Books)
Translated from the Persian by Ahmad Nadalizadeh and Idra Novey

Raised by Wolves: Poems and Conversations, Amang (Phoneme Media)
Translated from the Chinese by Steve Bradbury

My Name Will Grow Wide Like a Tree: Selected Poems, Yi Lei (Graywolf Press)
Translated from the Chinese by Tracy K. Smith and Changtai Bi

Now at the Threshold: The Late Poems of Tuvia Ruebner, Tuvia Ruebner (Hebrew Union College Press)
Translated from the Hebrew by Rachel Tzvia Back

Finalists for all book awards will be announced in February 2021. The award for the translator is $3,000.

Next: “Traktat o łuskaniu fasoli” by Myśliwski in Turkish with the support of the Book Institute Back to list