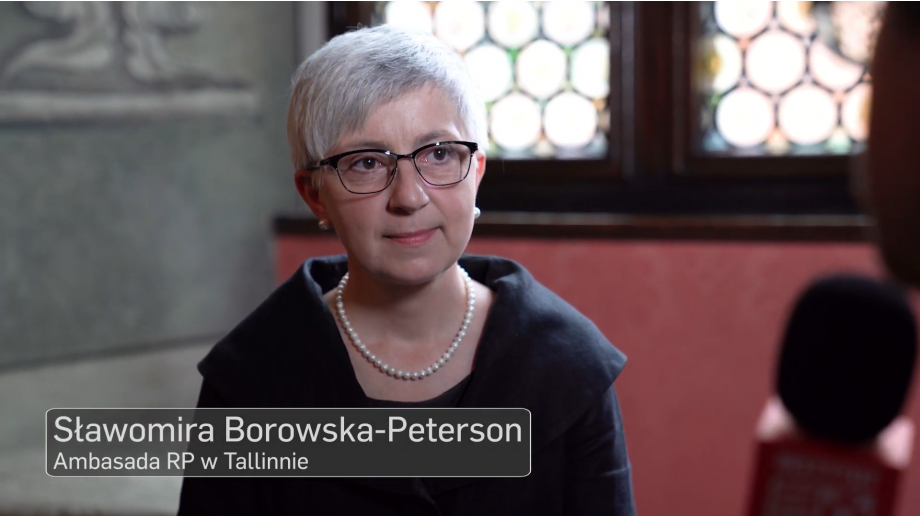 Eulogy for the Transatlantyk Award’s Laureate

Your Excellency Ambassador of the Republic of Estonia to the Republic of Poland, Dear Director of the Book Institute, Dear Chairman and Members of the Jury of the Transatlantyk Award, Ladies and Gentlemen, who share the love of a word full of meanings, Dear Hendrik!

We were delighted to hear that in the 15th edition of the competition, the Transatlantyk Award was granted to an outstanding and persistent populariser of Polish literature in Estonia.

Hendrik Lindepuu is one of the key figures in the history of building and cultivating relations between Poland and Estonia. He himself emphasises that everything is a matter of his symbolic birth date of 11th November 1958. In the jubilee year of 2018, when we celebrated 100 years since the birth of the Republic of Estonia and 100 years since Poland regained its independence, Hendrik celebrated his 60th birthday. Here stands in front of us a translator, publisher, critic, and animator of cultural life, the "ambassador" of the Polish cause in Estonia. Were we to sum up his role of telling Estonians about Poland in one word, it would be the Latin pontifex. He dedicated and aligned virtually his entire life to taming the language and popularising Polish literature, building bridges between Polish authors and Estonian audiences, often artists who, fascinated with this literature, decided to reimagine a literary work into a theatre, film, or music work.

In the breakthrough years of the 1990s and the beginning of the 21st century, when people relished freedom, and Estonian publishers focused on publishing Western authors and the "fruits" of literature that had so far been banned, Lindepuu, consistently, perseveringly, and fully aware that most of his translations will be locked in the sock drawer, worked in Laiuse and Tartu on Estonian versions of the plays by Witkacy, Gombrowicz, Mrożek, poems by Różewicz, Zagajewski, Świetlicki, Miłosz, Szymborska, Herbert, prose by Kołakowski, Pilch, Hłasko, and other exceptional Polish artists and thinkers.

Invariably, Hendrik Lindepuu does not compromise - he does not translate on commission or for profit. He translates select authors. Those whose text particularly touches his imagination, who, in their narration, sketched the image affecting the "inner eye" of a translator - a mediator between the microcosms of cultures, history, experiences, languages, and finally - a mediator between living people. He translates the texts of the authors who captivated him with their style, with what they wanted to communicate, and where he saw important content - also important for the Estonians.

Initially, Hendrik Lindepuu divided his time between two passions and, at the same time, two professions: the work of a pole-jumping coach (SIC!) and a critic and translator of literature. He meticulously took care to maintain balance in bodily, spiritual, and intellectual activity. Quitting from a coach's career coincided with the decision to establish his own publishing house of Hendrik Lindepuu Kirjastus (Hendrik Lindepuu Publishing House), publishing solely books by Polish authors. As the motto that welcomes visitors to the hlk.ee website, Lindepuu has chosen “Poola kirjandus õilistab inimest” – “Polish literature ennobles man". It perfectly defines the life philosophy and mission of Hendrik Lindepuu. For a few years now, he has been living an austere and solitary life in Halliste, constantly taking care of the balance of the acitivty of body and mind. The rhythm of the day is intertwined with the rhythm of the forest - at dawn, he lights a furnace, translates, prepares wood for the fire, translates again, collects fruits of the earth, translates, makes preserves for the winter, reads the translated, falls asleep. On the shelf above the desk, there are more and more Polish books in Estonian, the pantry is filled with jars. He will be able to serve this fare from both of the shelves to children, friends, or casual wanderers, who would be guests in a wilderness bustling with Polish speech. Professor Mihhail Lotman, when asked about the person of Hendrik Lindepu, after a moment of pondering, answered with an incipit from a psalm: Beatus vir.  Indeed: "A happy man". But Hendrik Lindepuu earned his "bliss" by the sweat of his brow.

In the following years, we thought that the currently published book was an opus magnum: Wiersze wybrane („Selected Poems“) by Czesław Miłosz (2013), Wariat i zakonnica. 14 szalonych sztuk („The Madman and The Nun: 14 Mad Plays") by Stanisław Ignacy Witkiewicz (2015), the series of Dzieła zebrane ("Collected Works") by Sławomir Mrożek, concluded in May this year... However, Hendrik, having closed the chapter of one book, begins his adventure with the next one. In recent years, thanks to Hendrik and thanks to excellent cooperation with the Book Institute, many Polish authors have visited Prima Vista literary festivals in Tartu and Head Read in Tallinn. Estonian readers, as well as Poles, whose fate brought them to Estonia, discovered, thanks to Hendrik, Olga Tokarczuk, Natasza Goerke, Małgorzata Rejmer, Bronka Nowicka, Witold Szabłowski, Mariusz Szczygieł, or Tadeusz Dąbrowski, to name a few. In addition to his own publishing activity, he also constatly works as a translator for Loomingu Raamatukogu (Library of Creativity), the Estonian Business School publishing house, and the Edmund Burke Society.

Poland and Estonia are bound by the strong ties of allies, whose permanent and timeless element is public and cultural diplomacy. It cannot be imagined without the figure of Hendrik Lindepuu and his efforts to promote Polish literature and depict Polish culture, which the Embassy of the Republic of Poland in Tallinn has supported since 1997. Together with the Estonian Writers Union, we have been nominating Hendrik Lindepuu for the award of the Book Institute consistently since 2012. His works  have been growing every year. 2019 turned out to be the lucky year.

Transatlantyk goes to Estonia. If it wasn’t for the fact that Hendrik Lindepuu emphasises in every public statement that "he still has ahead of him an immense wealth of Polish authors' works awaiting translation" and sets out in his head work plans for the next few years, I would now refer to the words, "You have fought the good fight, you have finished the race, you have kept the faith.”

Transatlantyk is a real Olympics for translators, and today, we are overjoyed with the victory of the Estonian translator and publisher. But his race doesn't end here. This unique award begins a new "fight" and heralds another adventure with Polish literature.