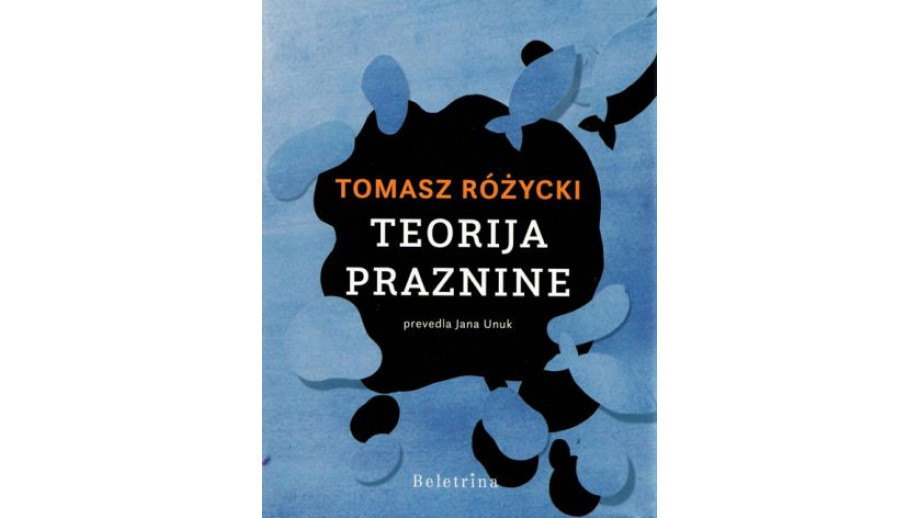 A selection of poems by Tomasz Różycki translated into Slovenian

A comprehensive selection of poetry by Tomasz Różycki translated into Slovenian has been published in Slovenia. The publication of the collection of poems translated by Jana Unuk was supported by the Book Institute as part of the ©POLAND Translation Programme.

A selection of Różycki's poems translated by a Slovenian translator is entitled Teorija praznine (“A Theory of Empty Space”). On the Slovenian market, the book was published by the distinguished Beletrina publishing house.

Teorija praznine is an authorial selection of poetry by Różycki, who included both the early stage of his work as well as his more recent poems - those devoted to pandemic themes. Alongside the poems, he has added an essay in which he introduces Slovenian readers to his poetics, his writing tactics, and his way of looking at literature.

Tomasz Różycki is one of the most acclaimed contemporary Polish poets, also abroad. He is the author of more than a dozen books of poetry, among which the best-known volumes are Dwanaście stacji (“Twelve Stations”), Kolonie (“Colonies”), Księga obrotów (“The Book of Turnover”), and Kapitan X (“Captain X”). He has been nominated for the most important Polish literary awards, including the Nike Literary Award, the Gdynia Literary Award, and the Wisława Szymborska Award.

The author of translations of Różycki's poems, Jana Unuk is a distinguished translator who has been introducing Slovenian readers to important works of Polish literature for many years. She has translated poems by Zbigniew Herbert, Czesław Miłosz, Wisława Szymborska, Tadeusz Różewicz, and Anna Świrszczyńska, as well as prose works by authors such as Bruno Schulz, Paweł Huelle, Olga Tokarczuk, Magdalena Tulli, and Andrzej Stasiuk, to name a few.

Next: The novel "Cokolwiek wybierzesz" by Jakub Szamałek recognised in France Back to list