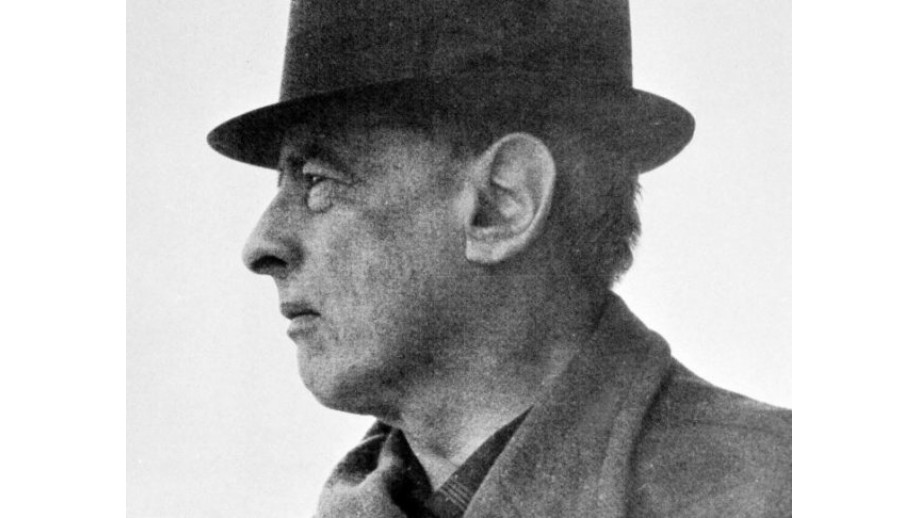 A plaque dedicated to Gombrowicz unveiled in Berlin

A plaque commemorating Witold Gombrowicz was unveiled in Berlin on Monday. "I am glad that another of the important polonica is coming to Berlin," the Polish Ambassador to Berlin Andrzej Przyłębski said at the ceremony.

The Ministry of Culture, National Heritage, and Sport of the Republic of Poland, in cooperation with the Polish Embassy in Berlin, has placed a commemorative plaque dedicated to the Polish writer Witold Gombrowicz on the building at Bartningallee 11-13 in the German capital.

Gombrowicz stayed in Berlin "between his return to Europe after 24 years in Argentina and his final settlement in Vence, France, where his life ended on 24 July 1969. The plaque (...) is one of several documenting his rich life story," the ambassador emphasised during the ceremony of the unveiling the commemorative plaque.

"His relatively short stay in Berlin was accompanied by a press bashing brought against him by communist propaganda in Poland. Its purpose was probably to prevent his possible return to his homeland," recalled Przyłębski.

In 1963, Gombrowicz "returned from South America to Europe. The fact that his first location was Berlin was linked to a Ford Foundation scholarship he received. At the time, it was West Berlin, a city that the communist authorities did not recognise as part of West Germany. Today, thanks to the phenomenon of Solidarity, a 10-million-strong movement of masses of ordinary workers, from whom Gombrowicz kept his distance, there is no more East and West Berlin. Nor is there a split between Poland and Western Europe. Poland has formally become part of the West, which, in reality, it has always been. Also thanks to the works of such masters of writing as Czesław Miłosz and Witold Gombrowicz," - Ambassador Przyłębski emphasised.

The ceremony was also attended by, among others, representatives of the Polish Ministry of Culture, National Heritage, and Sports as well as the Pilecki Institute.

The author of Ferdydurke came to West Berlin in 1963 on a one-year scholarship from the Ford Foundation. It was his first stay in Europe after many years of emigration in Argentina, where he had arrived on the Polish transatlantic liner MS Chrobry in 1939 just before the outbreak of the Second World War. After living in Germany, the writer moved to France, where he settled permanently in Vence, near Nice. He died in 1969.

He described his stay in his Dziennik 1961-66 (“Diary 1961-66”). "I, a person from Argentina, rather ahistorical and unaccustomed, still had the impression that Berlin, like Lady Macbeth, was relentlessly washing its hands...," he wrote.

Magdalena Kowalska, in her text Gombrowicz in Berlin, or Gombrowicz entangled in history, writes, "In the Diary, the context (and this is clearly suggested by Gombrowicz) is Germany's recent history: behind the cheerful friendliness, in an impeccably functioning, cultured, peaceful city, lurks the nightmare and horror of war, the ghost of Hitler, the spectre of Nazism" and the persecution of minorities.

Next: Ryszard Kapucinski's "Wojna futbolowa" in Czech with the support of the Book Institute Back to list