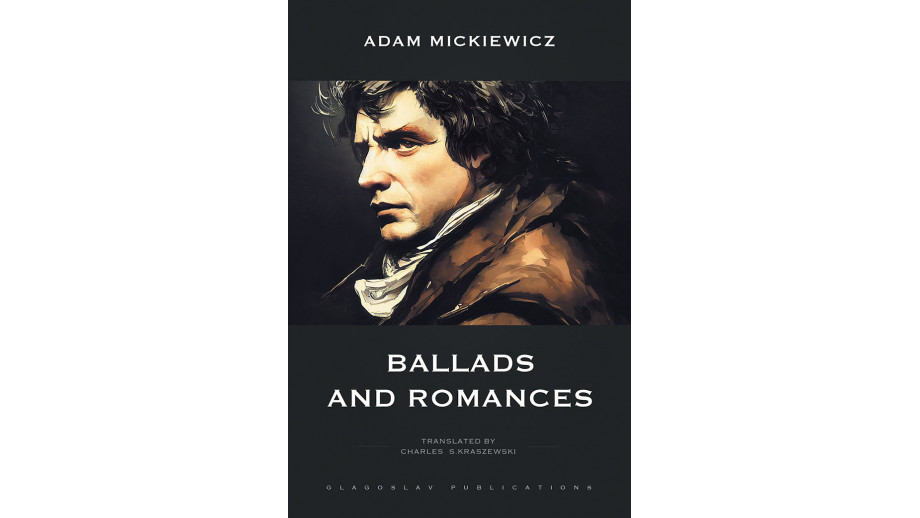 “Ballady i romanse” translated into English for the first time

“Adam Mickiewicz's works do not have to be difficult to understand for a foreign audience, and this is especially true of Ballady i Romanse (“Ballads and Romances”), which contain similar motifs to those found in other Romantic poets’ works," Charles Kraszewski, author of the first English translation of the collection, told the Polish Press Agency.

Monday 28 November saw the premiere of the first full English translation of Ballads and Romances at the Polish Hearth Club in London. It is published on the bicentenary of the publication of this landmark work of Polish Romanticism, while the premiere of the translation itself took place two days after the 167th anniversary of Mickiewicz's death.

Kraszewski, who had already translated into English two other works by Mickiewicz - Dziady (“Forefather's Eve”) and Sonety (“Sonnets”) - said in an interview with the Polish Press Agency (PAP) that the idea of translating Ballads and Romances on this occasion came from the Polish Cultural Institute in London two years ago. He himself previously translated Lilije (“Lilies”) and Świtezianka (“The Nixie”), which form part of this collection, while in the 20th century Romantyczność (“Romanticism”) was translated by the famous English poet Wystan Hugh Auden, but this is the first ever full translation of the whole. At the same time, it contains not only 14 poems from the first edition, which was published in Vilnius in 1822, but also four additional ones from the Leipzig edition of 1852.

Kraszewski says that unlike Forefathers' Eve, which always appealed to him and moved him, making it easy for him to translate it, he initially looked at Ballads and Romances as a somewhat monumental work, more through the prism of its importance to Polish literature. "But when I was given this assignment and started working on it, I recognised what a great poet Mickiewicz was in his youth at the time and the fact that Ballads and Romances contains almost all the important motifs that he would later return to throughout his work." And when I started working on it, I had this feeling that it could be rendered so beautifully in English that an English-speaking reader would be able to perceive these poems more or less as a Pole would now and in the 19th century,” the translator recounted.

He believes that the Ballades and Romances are more accessible to foreign readers than Mickiewicz's other works, because they do not bear the same historical context as his later works, but instead contain motifs from Polish or Lithuanian folklore, similar to those from English, Scottish, or German folklore, which were referred to by Mickiewicz's fellow Romantic poets from Western Europe. "Even if someone from abroad doesn't know anything about Mr Twardowski, they can see that he is similar to Faust, that he is a sort of humorous Faust and such references help to understand," he said.

Charles Kraszewski at the same time points out not to assume in advance that something will be difficult to understand. "I think that Poles often think that Polish literature is more difficult to read for foreigners who have not gone through everything that Poles went through after 1795. But this applies to any text translated into a foreign language. When you read Steinbeck, is it more difficult for a Pole who has never been to California to understand? I think not, because great writers always write about people and human issues and each of us can empathise with the people who appear in these books. And if there is something in the text that is not immediately easy to understand, that is what footnotes are for," he argued.

Adam Mickiewicz’s Ballads and Romances, translated by Charles Kraszewski, was published by the British-Dutch publishing house Glagoslav Publications in collaboration with the Polish Cultural Institute in London.

Next: ”Brud. Cuchnąca historia higieny” in Korean with the support of the Book Institute Back to list