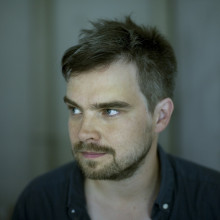 ovelist and screenwriter Zygmunt Miłoszewski was born in Warsaw in 1976.

His first publication was a short story submitted to a literary competition organised by the weekly news magazine Polityka. His first novel, The Entryphone (2005), is an ambitious attempt at the classic horror story, a form of fantasy fiction that is poorly represented in Polish literature. Miłoszewski handled the genre very well, producing a neatly constructed, convincing novel with all the right ingredients. The action is set in the present day, and the main characters are a young married couple who have moved into a modern block of flats on a Warsaw housing estate. True to the rules of the genre, strange things start to happen that disturb the bourgeois idyll; at first they’re just unsettling, but soon they become grisly in the extreme.

From the very start, Miłoszewski steered clear of highbrow literature; recognising that his skills lay within the sphere of popular fiction, he set about proving that he was capable of taking up any challenge. Not surprisingly, his next publication was a short novel for children, The Adder Mountains (2006), an unusual book in terms of form, combining elements of the classic fairy tale with fantasy, and to some extent it is also a pastiche.

But the turning point in Miłoszewski’s literary career came with his next novel, Entanglement (2007), the first part of a crime trilogy starring Prosecutor Teodor Szacki, which gained positive reviews and a large readership. Once again, though new to the genre, he had an excellent sense of it: Entanglement has everything a well shaped, suspense-filled crime novel should have (a complex investigation, a clear-cut hero in the foreground, in other words a smart detective, and his personal trials and tribulations, in this case an affair with an attractive woman, etc). But the success of the novel was clinched by a different quality – the care devoted to the sub-plots. The entanglement of the title takes various forms; the main topic is political intrigue, or rather political crime, because the central murder under investigation – committed in 2005 – turns out to have links with the criminal activities of a special unit of the communist-era secret police dating back to 1978. Another issue at the heart of the novel is the state’s failure to bring members of the secret police to book for their past crimes, or on a wider scale, the scandalous neglect of decommunisation and exposure of communist-era collaboration.

A few years later, once Entanglement had transferred to the cinema screen (2010, directed by Jacek Bromski), Miłoszewski’s next crime novel, A Grain of Truth (2011), appeared, the second in the Szacki series. This novel continues the creative method he had elaborated for Entanglement. Once again, a conventional crime plot (involving a mysterious murder) is intensified by an issue of public concern (in this case anti-Semitism). For good reasons, Miłoszewski has made Prosecutor Szacki leave Warsaw. Now he is working in Sandomierz, where there is an eighteenth-century painting  hanging in the local cathedral that shows Jews committing the ritual murder of Christian children. Using Sandomierz in 2009 as his model, Miłoszewski superbly recreates the mentality of a provincial town, exposes the means by which prejudices are formed (not just racial ones), and shows the dangerous power of stereotypes.

While working on the third volume in his crime series, Miłoszewski published Priceless (2013), a thriller with a plot centred on the search for Raphael’s Portrait of a Young Man, which went missing during the Second World War. This side-step in Miłoszewski’s output was a huge bestseller; his venture onto new literary terrain produced a fast-paced novel with a wide range of settings, some stunningly dynamic action scenes and a group of well-drawn central characters. More cinematic in style than his crime novels, Priceless is proof that Miłoszewski has other strings to his bow.

In Rage (2014), which he claims will be the final part in the Szacki series, once again a major social problem features as the backdrop to the criminal intrigue, and here too we have an incisive portrait of certain aspects of life in Poland. This time Szacki has moved to Olsztyn, another provincial city, where he comes up against the last and most difficult case in his career, involving the problem of domestic violence. The investigation that he conducts in Rage exposes the helplessness of the legal system in the face of crimes committed behind the closed doors of private houses and apartments, most of whose victims are women and children. By weaving it cleverly into the story, the author also presents the complex history of Olsztyn and the Warmia region (German territory before the Second World War), which still has a negative effect on the city today.

Extremely well-versed in the rules of his preferred genres, Miłoszewski puts them to brilliant use, most evidently in his work on the central intrigue and the sub-plots for his crime novels. The crime plots in Miłoszewski’s novels are always worked out to perfection and steered by a steady hand, keeping the reader in suspense to the very last page. Along the way, Miłoszewski plays complex games with him or her, misleading them and controlling their emotions to perfection, which only the best genre writers are able to do. This is particularly evident in Rage, the book that is meant to close the trilogy, and that ends with compound plot twists that make the reader’s head spin. When all’s said and done, Miłoszewski is not just a highly skilled craftsman in the literary sense – he is a true master of his art.