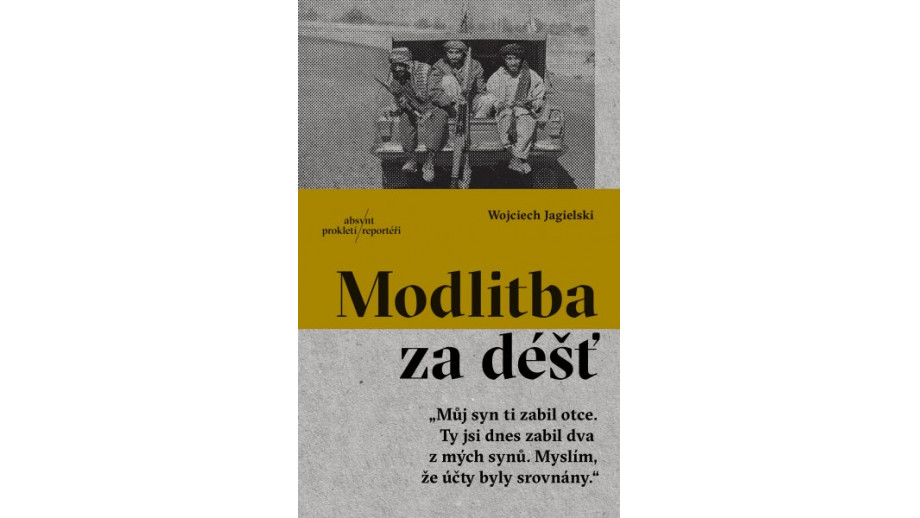 In Slovakia, the translation of Modlitwa o deszcz (‘Praying for Rain’) was published. The book was translated by Michala Benešova. The publication of the book by Wojciech Jagielski was supported by the Book Institute as part of the ©POLAND Translation Programme.

Modlitba za déšť, which is the title of the Czech translation of the book, has been recently published by Absynt publishing house in Žilina.

In Praying for Rain, Wojciech Jagielski answers the question of how the Mujahedin and the Taliban have become the focus of attention throughout the world, and how figures such as Mullah Omar and Osama bin Laden have become the embodiment of the West's fears of Islamic terrorism. Afghanistan is the country that raised the Mujahedin and the Taliban. Praying for Rain brings the reader closer to understanding this phenomenon.

In Afghanistan, the interests of many world powers clash. It was here that the USSR began its collapse. It was Afghanistan that undermined the reputation of the USA as the world's most potent power. Jagielski writes, "The Afghans have shifted the direction of things. By separating themselves from strangers, hiding from them in precipitous valleys, they lost contact with the world.” Foreigners made their country a laboratory and an academy of terrorism - they themselves did not put their hands to it.

Not only did the book become a bestseller, but it also received many prestigious awards: nomination for the Nike Literary Award, "The Amber Butterfly" in the 8th edition of the Arkady Fiedler Competition for the best travel book of the year, and the Father Józef Tischner Award.