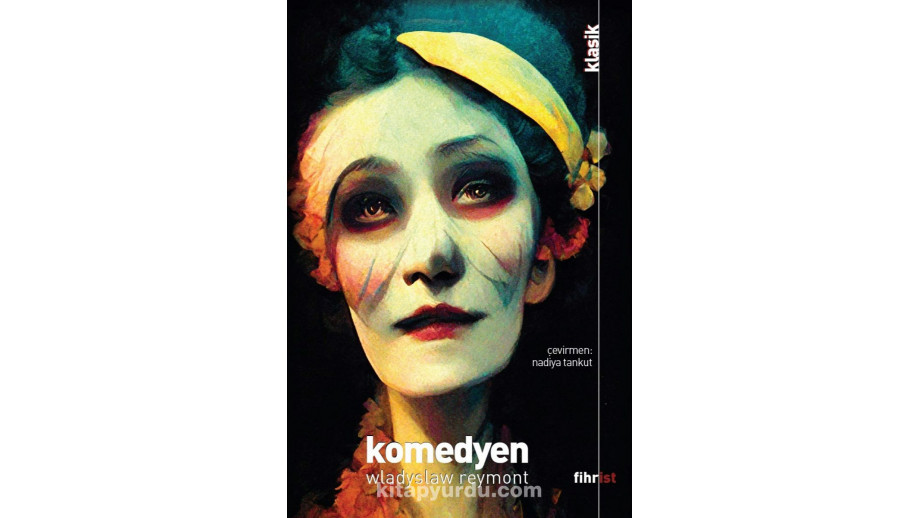 A translation of Władysław Reymont’s novel Komediantka (“The Comedienne”) has been published in Turkey. The publication of the book translated by Nadiya Tankut was supported by the Book Institute as part of the ©POLAND Translation Programme.

Reymont’s novel Komedyen, as reads the title of the Turkish translation of the book, has been published by the Fihrist Kitap publishing house.

The Comedienne is one of Władysław Reymont's earliest works - the later Nobel Prize laureate wrote it in 1896. The novel tells the story of a lower-class girl who, against her father's objections, decides to become an actress. It is a portrait of an artistic milieu, written on the basis of the author's own observations - one that attracts people full of dreams and ambition, but which is also toxic, steeped in envy and cynicism.

Other translations of classic works of Polish literature have also been published in Turkey in recent years, including Pożegnanie z Marią ("A Farewell to Maria") by Tadeusz Borowski, Kosmos ("Cosmos") and Trans-Atlantyk by Witold Gombrowicz, Zniewolony umysł ("The Captive Mind") by Czesław Miłosz, Kamień na kamieniu ("Stone upon Stone") and Traktat o łuskaniu fasoli ("A Treatise on Shelling Beans") by Wiesław Myśliwski, as well as the joint edition of Sklepy cynamonowe ("The Street of Crocodiles”) and Sanatorium pod klepsydrą (“Sanatorium Under the Sign of the Hourglass”) by Bruno Schulz.

Next: The Book Institute has supported the Spanish translation of “Na ratunek!” by Anna Bartosik and Asia Gwis Back to list