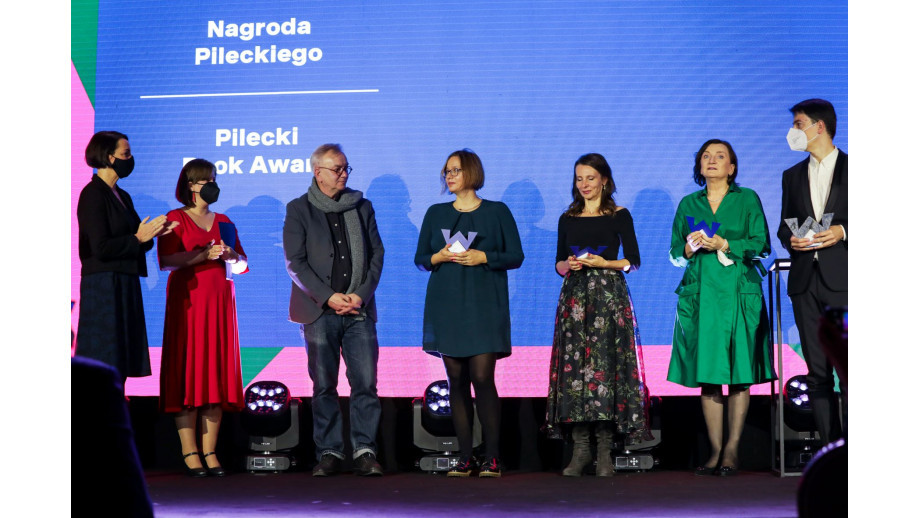 Christina Lamb and Filip Gańczak received the Witold Pilecki International Award on Wednesday. They are the first winners of the award for journalistic and historical publications established this year.

Addressing the participants of last week's gala in the Kubicki Arcades, the director of the Pilecki Institute, dr Wojciech Kozłowski, recalled that the aim of the award established this year is not only to recognise outstanding historians and reporters, but also to support those who "speak on behalf of those who cannot speak for themselves". He recalled that the mission of Cavalry Captain Pilecki was precisely to tell the truth "in an inhuman and cruel time". He added that also "today there is a need all over the world for people with similar courage and determination, those who study history and get to the truth or watch history happen with their own eyes".

In the letter of Deputy Prime Minister Piotr Gliński to the participants of the ceremony, read by Deputy Minister Magdalena Gawin, it was emphasised that the message of Pilecki's mission must be constantly present in the international arena, for its main feature is opposition to evil. "Pilecki's reports not only document the crimes of the Holocaust but were also intended as a call to action and still carry an important moral message today," said the culture minister. He added that he hopes that the award established by the Pilecki Institute will inspire authors who express values similar to the message left by Cavalry Captain Pilecki and will become a mark of quality of historical and reportage writing.

The special award for war correspondents went to Christina Lamb, the author of Our Bodies Their Battlefield: What War Does to Women. This book by a British journalist is dedicated to the plight of women in modern armed conflicts. Her story is based on personal testimonies of victims of 20th and 21st century conflicts, including those in Bangladesh, Bosnia and Herzegovina, the Democratic Republic of Congo, and Syria. In introducing the winner in this category, Jack Fairweather, author of the biography of Witold Pilecki, emphasised the link between the author's work and the mission of the "Auschwitz volunteer". In his view, Lamb, just like the hero of the Polish Underground State, felt the need to tell the truth, however difficult it might be. He added that their common goal is to "uncover evil" and awaken the conscience of a world that seems indifferent to the crimes being committed. "One of the victims of ISIS militants told me that she would not stop telling the truth because that way no one could say they did not know about these crimes. It is to her that I dedicate this award and to all the women whose story I have come to know," said the author.

The winner in the historical reportage category was Dr Filip Gańczak of the Institute of National Remembrance, author of Jan Sehn. Tropiciel nazistów (“Jan Sehn. Tracking the Nazis”), published by Wydawnictwo Czarne. As chairman of the Regional Commission for the Investigation of German Crimes in Krakow, Sehn interrogated the leading German criminals handed over to Poland and with great dedication documented all traces of their crimes. "Filip Gańczak's book needs to be noticed because it brings a key figure out of oblivion, without whom it would be impossible to punish the war criminals. If the Nazi system was created by lawyers, it cannot be surprising that it took the involvement of such eminent lawyers as Jan Sehn to punish them,” said Prof. Patrycja Grzebyk of the Faculty of Political Sciences and International Studies of the University of Warsaw in her laudation. She stressed that the book deserves to be called historical reportage because it focuses on Jan Sehn's working methods rather than his personal fate and views, Receiving the award, Dr Gańczak said that Sehn's merits are so great that to this day, he is considered an important figure on all sides of the political barricades. He added that it was proof that historical memory played a role in cementing the national community. He announced that a German edition of his book would soon be published.

In the category "Academic History Book", the winner was Eliyana Adler for Survival on the Margins: Polish Jewish Refugees in the Wartime Soviet Union published by Harvard University Press. The laureate refused to accept the award a few days ago. In view of this decision, the award in the category "Academic Historical Book" in this year's edition of the competition was not presented.

The award, founded by the Pilecki Institute, honours the 120th anniversary of the birth of Cavalry Captain Witold Pilecki, which falls this year. The prize is awarded to the authors of the best academic and journalistic books published in Polish or English in the past year and dealing with the Polish experience of the two totalitarian systems. A special prize will also be awarded for a book depicting the course of contemporary armed conflicts and places of particular threat to human dignity. Almost one hundred books were submitted by authors and publishers for the first edition of the competition. The jury nominated five publications each in three categories: academic history books, historical reportage, and a special prize for war correspondents. The authors of the best books in each category will receive PLN 75,000 (ca. EUR 17,000) and a commemorative statuette.