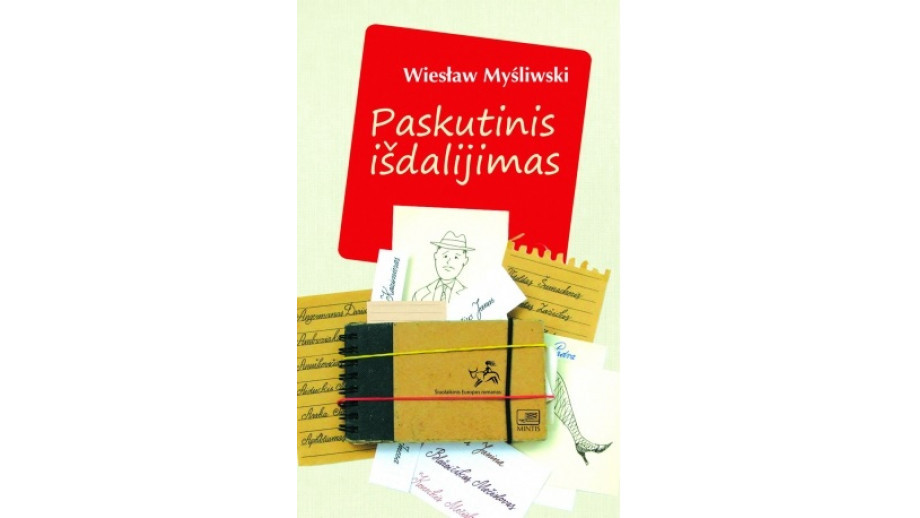 The 20th jubilee Vilnius Book Fair took place on 21st-24th February in Vilnius. The programme of the event included many Polish touches, many of which were created thanks to the involvement of the Polish Institute in Vilnius. On the eve of the Fair, the Lithuanian Literature Translators' Association announced that a group of literature experts had compiled a list of "The best translations of 2018". The list includes Wiesław Myśliwski's novel Ostatnie rozdanie ("Paskutinis išdalijimas" [The Last Deal]) translated by the eminent translator Kazys Uscila. Its publication was supported by the Book Institute as part of the ©POLAND Translation Programme.

This is not the first of such recognition for Myśliwski in Lithuania. In 2013, according to the vote of the Lithuanian Literature Translators' Association, the novel Traktat o łuskaniu fasoli (“A Treatise on Shelling Beans”), also translated by Uscila and with the support of the Translation Programme ©POLAND, was proclaimed the best Polish book of all time translated into Lithuanian.

On February 19th and 22nd, in cooperation with the Lithuanian Institute of Literature and Folklore, meetings with Prof. Tadeusz Bujnicki took place together with the presentation of his new publication in Lithuanian O literackiej grupie „Żagary” (“On the Literary Group "Żagary" ”).The book is the first publication in the Lithuanian-language devoted to the interwar Vilnius literary group "Żagary", which included such writers as Teodor Bujnicki, Jerzy Zagórski, Aleksander Rymkiewicz, and Czesław Miłosz. The activity of "Żagary" is practically unknown in Lithuania.

In his book, the author uses not only materials from Lithuanian and Polish archives, but also documents from the personal archive of his father, Teodor Bujnicki. On February 19th, during the presentation of the book, which was created thanks to the support of the Polish Institute in Vilnius, Professor Tadeusz Bujnicki received the Algis Kalėda Award, established by the Lithuanian Institute of Literature and Folklore. The award named after an outstanding literary scholar and creator of Vilnius Faculty of Polish studies is awarded every year for significant scientific research of Lithuanian literary heritage, Polish-Lithuanian literary associations, and comparative studies in the field of cultural studies. Mindaugas Kvietkauskas, the Minister of Culture of the Republic of Lithuania, one of the initiators of the publication, took part in the events.

On 22nd and 23rd of February, in cooperation with the creative studio "Knygų šalis", the Polish Institute in Vilinius organised the creative workshops Story in three pictures for children and young people, led by the famous illustrator of the young generation Monika Hanulak. She studied illustration at the Academy of Fine Arts in Warsaw, where she currently teaches. Together with Grażka Lange and Małgorzata Gurowska, she co-creates the CMYK group. She illustrates books as well as organises exhibitions.

The premiere of Witkacy. Umysł drapieżny („Witkacy: Voracious Mind”)'s publication took place on 23rd February. The book is devoted to one of the most outstanding Polish artists of the interwar period, Stanisław Ignacy Witkiewicz. The book appeared in Lithuanian bookshops at the beginning of February and aroused great interest. Critics considered it to be one of the most interesting and aesthetic book novelties in Lithuania. This publication is a part of the programme of the celebrations of the 100th anniversary of Poland's regaining independence and was initiated by the Polish Institute in Vilnius, the Adam Mickiewicz Institute, as well as the Witkacy Institute in Warsaw.

The book was published by Aukso žuvys publishing house. The discussion about Witkacy and his work was attended by the President of the Witkacy Institute Przemysław Pawlak, an art critic Vidas Poškus, and a collector Paulius Garbačiauskas. The meeting will be chaired by one of the editors of the book, Helmutas Šabasevičius.

Moreover, at the fair, one could have got acquainted with the Lithuanian edition of the Kurs filozofii w sześć godzin i kwadras (“A Guide to Philosophy in Six Hours and Fifteen Minutes”) by Witold Gombrowicz (published by Odilė), Lithuanian editions of Pszczoły (“The Book of Bees”) and Drzewa  (“The Book of Trees”) by Piotr Socha, as well as a publication supported by the Polish Institute in Vilinius Abdon Korzon. Fotograf pierwszych widoków Wilna („Abdon Korzon. Photographer of the First Views of Vilnius”).

These activities are part of the long-term project of the Polish Institute in Vilnius entitled "Meetings with a Polish book", within the framework of which from January to the end of March 2019, several meetings devoted to Polish books will take place in Lithuania; among others there will be meetings with Kamil Janicki (Damy złotego wieku [“Ladies of the Golden Age”]), Piotr Socha (The Book of Bees and The Book of Trees), and Polish poets from Vilnius.

The project will also include the presentation of Michał Romer's Dzienniki (“Diaries”), a publication entitled Tak teraz postępują uczciwi ludzie. Polacy z Wileńszczyzny ratujący Żydów (“This is how honest people act now. Poles from the Vilnius region rescuing Jews”) or 1938. Najciemniejsza noc jest tuż przed świtem (“1938. The darkest night is just before dawn"), the last two publications were commissioned by the Polish Institute in Vilinius.