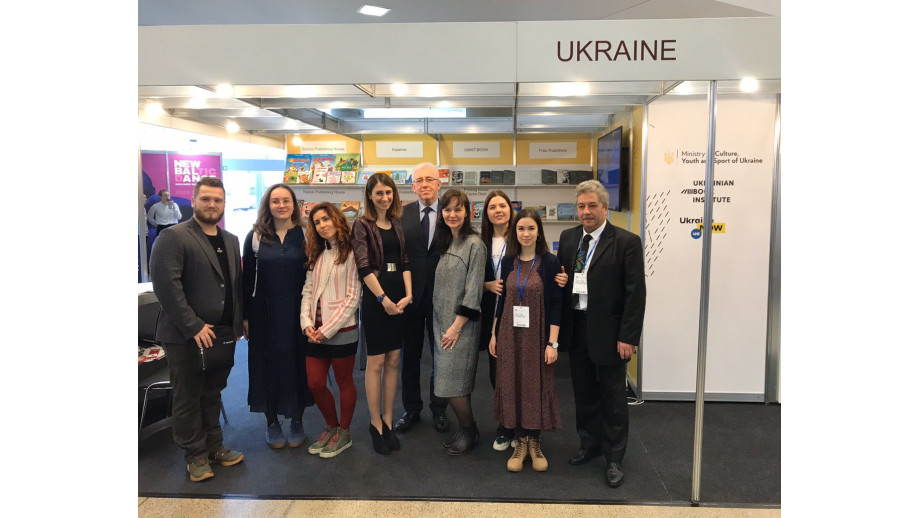 At the Vilnius Book Fair, Ukrainian Book Institute presented “Translate Ukraine”, a program of government support for the translations of Ukrainian literature into the world languages.

The program will cover the foreign publishers’ expenses on the rights acquisitions as well as on the translation of the books from Ukrainian, limited to EUR 4 000 per one title. Launch of this program implements the international strategy of Ukrainian Book Institute, which is the promotion of Ukrainian publishing industry and creating the environment for international cooperations. Start of the program is set for the spring of this year. Ukrainian Book Institute will later announce an open call for applications’ submission.

“Worldwide promotion of Ukrainian literature is an important component of the national cultural strategy. For this purpose we launch the translations support program. The program is a safety buffer for the international publishers, who take the risk to publish a new author from a new market, and at the same time it is a booster for Ukraine to join the global intellectual discourse. “Translate Ukraine” will support the international publishers who want to publish the Ukrainian authors by covering their expenses on rights acquisition and on translation,” says Bohdana Neborak, Head of “Translate Ukraine” program.

Text of the “Translate Ukraine” program as well as catalogues of modern Ukrainian literature and recent local industry trends were presented at the national stand at Vilnius Book Fair.

Ukrainian authors who are recognizable among the international readers and professional audience, the laureates of the literary awards and the authors of the books, adapted into films and their recent titles were included into the catalogue New Books From Ukraine. Among them Yuri Andrukhovych (Moscoviada, Darlings of Justice), Andrey Kurkov (Grey Bees, Death and the Penguin), Haska Shyyan (Behind Their Backs), Oksana Zabuzhko (And yet Again I’m Getting into a Tank, Fieldwork in Ukrainian Sex), Sofia Andrukhovych (Felix Austria), Serhiy Zhadan (Orphanage, Voroshilovgrad) and others. However, any Ukrainian book in Ukrainian to be supported by “Translate Ukraine” for the international adaptation.

“Within 5 recent years the number of Ukrainian titles translated into the world languages have increased by 4 times, and Ukrainian publishers have started to compete in the international rights acquisitions of world latest releases. This means that we are proactively integrating into the European context through a creative product, we want to discover the world,” adds Oleksandra Koval, Head of Ukrainian Book Institute.

According to Report on Publishing by Ukrainian Book Institute, the volume of Ukrainian publishing market is EUR 80-100 mln, and its results in 2019 demonstrate the positive dynamics: compared with results of 2018, the titles published in Ukraine increased by 7% and amounted to 24 198 and the print run increased by 25% and amounted to 58,9 mln copies in 2019.

Lithuania is Ukraine’s strategic partner in the context of creative industries. Ukrainian Book Institute promotes the growth of export and import cooperation with Lithuania and other EU countries and the governmental support programs for international publishers, as well as represents the national publishing industry in the world.

The Ukrainian Institute is a newly formed public institution that promotes Ukrainian culture internationally and develops cultural links between Ukraine and other countries. Its mission is to facilitate better understanding and dignified attitude to Ukraine and to create opportunities for cooperation of Ukrainian with the world.