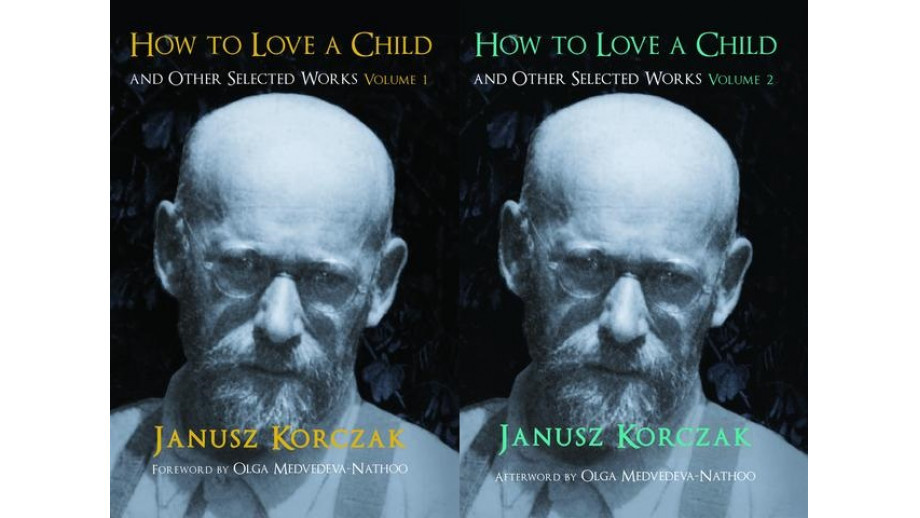 A translation of a two-volume selection of texts by Janusz Korczak, How to Love a Child and Other Selected Works, translated by Benjamin Paloff, Danuta Borchardt, Sean Bye, Julia Sherwood, Alissa Valles, Anna Zaranko and Marta Dziurosz has been published in the United States and Great Britain. The publication was supported by the Polish Book Institute as part of the ©POLAND Translation Programme.

The two-volume collection How to Love a Child and Other Selected Works has been recently released by the Chicago-London publishing house Vallentine Mitchell.

How to Love a Child and Other Selected Works is the first comprehensive selection of Janusz Korczak's texts in English. It contains Korczak's most important pedagogical works, including the eponymous essay How to Love a Child written during World War I, Korczak's pedagogical confiteor, i.e. a fervent confession of faith in a child and a unique place for the youngest in the life of the world. In addition to this, two volumes of works also contain press texts by the author of King Matt the First and his private notes.

The translators of the two-volume edition of Korczak have been cooperating with the Institute for years: as part of the ©POLAND Translation Programme, Benjamin Paloff translated, among others, Przezroczystość (‘Transparency’) by Marek Bieńczyk and Płomień wieczności (‘Flame of Eternity’, 2012) Krzysztof Michalski; Sean Bye translated Filip Springer's Miedzianka (‘History of a Disappearance: The Story of a Forgotten Polish Town); Danuta Borchardt introduced the English-speaking readers to the poems of Cyprian Norwid and Witold Gombrowicz's Pornografia (‘Pornography’).

Project was initiated by The Janusz Korczak Association of Canada, which had found funds for the publication (ca. 55,000 Canadian dollars), assembled a team of seven translators, consultants, editor Anna Maria Czernow, leaders of the project (that role was filled by members of the organization), and the publisher Valentine Mitchell.

Next: Polska Półka w Wielkiej Brytanii Back to list