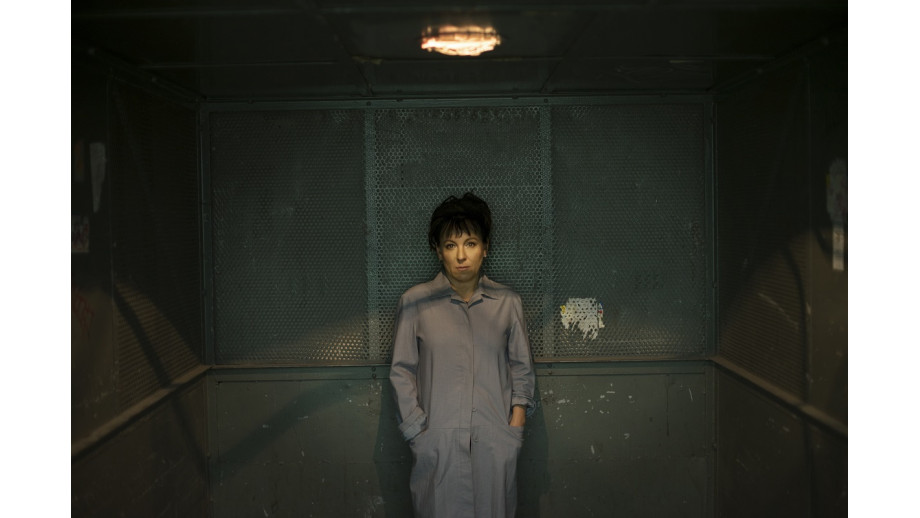 Translators on the work of Olga Tokarczuk

The echoes of the Nobel Prize Award to Olga Tokarczuk have not faded. The role played by translators in the international successes of the Nobel Prize winner cannot be underestimated. Therefore, let us read what Jan Henrik Swahn, Yi Lijun, Jennifer Croft, Ostap Sływynski, and Petr Vidlak are saying. Within the framework of the ©Poland Translation Programme, conducted since 2004 by the Book Institute, 91 translations of the Polish Nobel Prize winner into 28 foreign languages have been supported over the last two decades, including 25 translations into 19 languages in the last three years.

Jan Henrik Swahn: There is a unique literary friendship between us

- There is a unique literary friendship between us, which has become more personal over the years - this is how Jan Henrik Swahn, who translated the writer's novels into Swedish, described his relationship with Olga Tokarczuk.

Jan Henrik Swahn first came across Tokarczuk's work almost 20 years ago, when her publisher proposed that Swahn translates into Swedish "something Polish". "I hadn't read her books before, and I didn't know anything about her. But I started to read and thought, ‘God, she's my writer!’, " said the translator.

He added that when translating Tokarczuk's work "it is very easy to fall into a trap and make her language too flat and neat". "I tried to be close to her wording and, at the same time, to keep the order in long chains of sentences," he emphasised.

When Swedish Academy Secretary Mats Malin announced the verdict on Thursday afternoon, Swahn was present among the people awaiting the decision in the Stockholm Stock Exchange Building hall. "So impressed was I that I couldn't comprehend what happened. I started to lose my voice,” he said.

Born in 1959, Jan Henryk Swahn is a Swedish translator from Danish, French, Polish, and Greek, as well as a writer.

In 2016, Swahn together with Tokarczuk received the first international award from Stockholm's Kulturhuset Stadsteatern for Księgi Jakubowe (“The Books of Jacob").

- “Olga Tokarczuk deserved the Nobel Prize; she is the most important contemporary writer who communicates deep philosophical thoughts in a simple language,” said Yi Lijun, Polish philologist and translator of the Polish author's novel into Chinese, on Thursday.

"She is not a realistic writer, nor is she a surrealist one. She's somewhere between the two. It's hard to classify her into a particular genre. Tokarczuk is simply Tokarczuk, she is very specific," said Yi in an interview with the Beijing daily ‘Xin Jing Bao’.

According to the Chinese Polish scholar, Tokarczuk carefully selects words and communicates deep philosophical thoughts in a simple language. "This is easy to overlook. Her works need to be read with attention, then you can discover their taste,” assessed Yi, who, together with her husband Yuan Hanrong, translated into Chinese the Polish writer's novels published in China: Dom dzienny, dom nocny (("House of Day, House of Night") and Prawiek i inne czasy (“Primeval and Other Times”).

When asked about possible problems with translating the works of the Polish author, Yi replied that there are no difficulties at the linguistic level. "But when translating the thoughts conveyed in her novels, one must be very careful, one mustn’t lose any detail. If you lose even one, you can lose one of her great thoughts," she said.

In her opinion, Chinese writers and readers should pay attention to the depth of thoughts and the pure style of Tokarczuk. "Her works are deeply rooted in Polish literature as well as in the very complicated social environment of Poland, but she comes out of it in a very subtle way. Therefore, she had to be awarded the Nobel Prize," said Yi.

- Olga Tokarczuk is an amazing writer. She is loved by both readers and recognised by critics,“ Jennifer Croft, the American translator of the Nobel Prize winner's Bieguni (“Flights”), told Polish Press Agency (PAP).

"Olga is unique because she is both loved by a wide range of readers and critically acclaimed. This is what I love about her work. She is experimental, yet also very accessible,” assessed the author of the translation.

She explained that she was intrigued by the translation of Tokarczuk's prose since she first read her collection of short stories from 2001 (Gra na wielu bębenkach [“Playing on Many Drums”] – PAP’s note). She added that she was excited to read Flights when it first appeared. She liked everything about this book, she assured.

"The biggest challenge in translating Flights was to find a publisher. Ten years of hard work finally convinced the editor of the publishing house to take the risk," indicated Croft.

The book, translated into English, was first published in the UK in 2017 by the independent Fitzcarraldo Editions publishing house. It received enthusiastic reviews in the New York Times and New Yorker.

Croft admitted that she is currently translating Tokarczuk's The Books of Jacob, as well as her short stories - old and new.

According to the New York Times, Fitzcarraldo has been interested in other translations of Tokarczuk's books, including The Books of Jacob, since Flights won the Man Booker International Prize.

"Olga is such a great writer that she should interest all readers around the world," argued Croft.

Together with Tokarczuk, Croft won the Man Booker International Prize 2018 for her translation of Flights. She translates from Polish, Ukrainian, and Spanish. She is a Fulbright scholarship holder and has received grants from such institutions as Cullman, PEN, and MacDowell. She wrote the novel Homesick in Spanish, which was published in English by Unnamed Press publishing house.

Her works have been published, among others, by the New York Times, The New York Review Daily, Chicago Tribune, The Los Angeles Review of Books, and The New Republic.

Ostap Sływynski: Tokarczuk tells us very important stories about ourselves

- “The news about the Nobel Prize for Olga Tokarczuk is a great joy, especially since she tells the stories of our region, completely unknown to its contemporary inhabitants,” Ostap Sływynski, Ukrainian translator of the works of the Polish writer, told PAP

"Olga can show us the pages of our local history that are completely unknown to us. I am thinking essentially of The Books of Jacob, which I am just about to finish translating. This is part of the past of the lands we live in today and about which most of the people living here have no idea. Olga tells us very important stories about ourselves," he said on the phone.

"She has a unique talent for speaking to a wide audience without compromising her high aesthetic taste. I don't know how she does it,” he emphasised.

According to Sływynski, Tokarczuk is one of the most famous Polish writers in his country. "Certainly, not many Polish contemporary writers can pride themselves on six translations of prose in such a short period of time," he said.

Two more translations of Tokarczuk's books, the novels The Books of Jacob and Opowiadania bizarne ("Bizarre Stories") will be published in Ukraine in the near future - he informed.

"This means that there is interest from both readers and publishers - I don’t think it is accidental, Olga speaks in a simple way, with a stylistic taste and emotional warmth, which is free from exaggeration; she talks about very important issues, about issues important for our region," Sływynski said in a conversation with PAP.

- All of Olga Tokarczuk's books, with the exception of Playing on Many Drums have been published in Czech," said Petr Vidlak, the author of the translations of the Nobel Prize winner, to the Polish Press Agency on Thursday. He emphasised that Primeval and Other Times and Flights had two editions.

The author of all translations of Tokarczuk into Czech told PAP that Tokarczuk's next book Bizarre Stories would be published in Czech before the end of the year. Tokarczuk's books were published in moderate numbers for the Czech Republic - about 2,000 - 3,000. Flights and Primeval had second editions of 3,000 and 5,000 copies each.

"This is literature for the advanced, interested in Polish works," said the translator. Her books are not bestsellers in the Czech Republic, but she is better known here than other Polish authors. "It is also a result of cooperation with HOST publishing house, which released all the translations of Tokarczuk, and they do it very well, professionally," said Vidlak.

According to the translator, readers in the Czech Republic are attracted to Tokarczuk's books by the subject matter and the way it is narrated, which encourages them to continue reading. The advantage of her prose is that it evokes emotions - he added. Prowadź pług („Drive Your Plow”) is, after all, a radical statement in defence of animal rights and on the emancipation of women. Her radicalism simply suits some readers in a divided Polish or Czech society," Vidlak said and added that Tokarczuk's attractiveness is due in particular to her writing skills and literary language. "This is what I try to show in each of my translations, “ he added.

In an interview with PAP, the interpreter admitted that the cooperation with the Polish author, which had lasted since the end of the 1990s, started by accident. "The publisher was looking for a translator because someone couldn't, I sent my sample of the text, and so it began. Primeval is the best book that has gained fame. I tried to translate it in a way that was close to life,” he said.

From other translations, Vidlak drew attention to The Books of Jacob, whose translation in Czech was the first published in the world. In his opinion, this is due to the linguistic closeness of Polish and Czech. "Translators into other languages were in a lot of trouble. They simply couldn't handle it. The English or German language barrier turned out to be critical,” he said. He himself translated The Books of Jacob for two years.