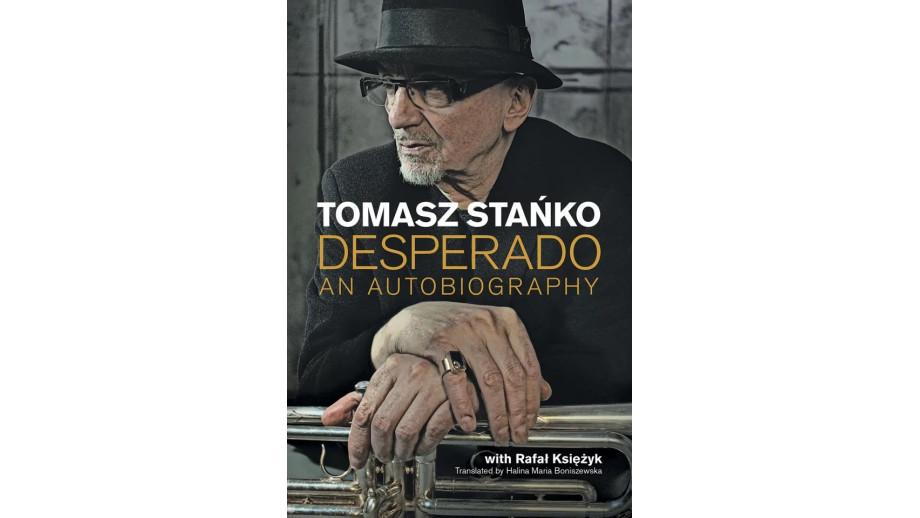 A translation of Rafał Księżyk's autobiographical extended interview with prominent Polish jazzman Tomasz Stańko has been published in the UK. The publication of the book translated by Halina Maria Boniszewska was supported by the Book Institute as part of the ©POLAND Translation Programme.

A book-length interview entitled in English Desperado, an autobiography was published by the Equinox Publishing.

Tomasz Stańko, the trumpeter who died in 2018, is probably the Polish jazz musician best known abroad. The distinguished musician and composer was active in the fields of free jazz and avant-garde. He was introduced to world jazz by performing with Krzysztof Komeda, and also later with such giants of the world stage as Lester Bowie, Don Cherry, Manu Katché, and Reggie Workman, among others.

Rafał Księżyk is one of the best Polish music journalists. He has specialised in autobiographical extended interviews with musicians (and other creators). Besides Desperado, an autobiography, his book-length conversations with Robert Brylewski, Tymon Tymański, Kazik Staszewski, Marcin Świetlicki, and Muniek Staszczyk have also been published. He has also published essay volumes 23 cięcia dla Williama S. Burroughsa (“23 Cuts for William S. Burroughs”) and Wywracanie kultury. O dandysach, hipsterach, mutantach (”Overturning Culture. On Dandies, Hipsters and Mutants”), as well as the reportage book Dzika rzecz. Polska muzyka i transformacja 1989-1993 (”Wild Thing. Polish Music and Transformation 1989-1993”).