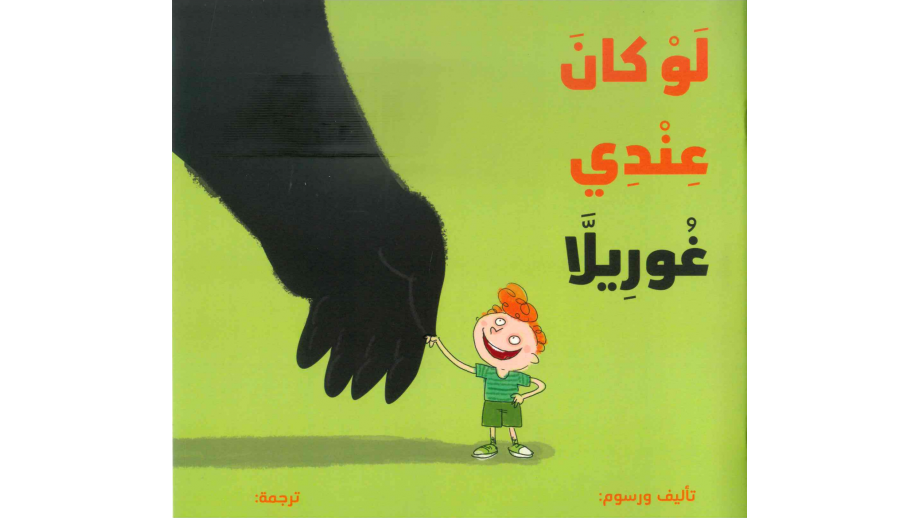 Translations of three children's books by Bartek Brosz have been published in the United Arab Emirates: Gdybym tak miał goryla ("If I Had a Gorilla"), Przydałby mi się wieloryb ("I Would Love a Whale"), and Jak znaleźć słonia ("How to Find an Elephant?"). The translation of the books by Yousef Sh'hadeh into Arabic was supported by the Book Institute as part of the ©Poland Translation Programme.

Each of the books in Bartek Brosz's series tells the story of a child who, instead of dreaming of a dog or a cat, chooses one of the large animals unsuitable to live in people's homes. In addition to the three titles translated into Arabic, the series includes one more book entitled Gdzie się zmieści żyrafa (“Where Can a Giraffe Fit In?”)

Bartek Brosz is a children's book author, as well as the creator of illustrations for dozens of books and schoolbooks. His books have so far been published in Poland, China, Russia, and the United Arab Emirates.

Next: Stanisław Lem’s "Głos Pana" in Macedonian with the support of the Book Institute Back to list