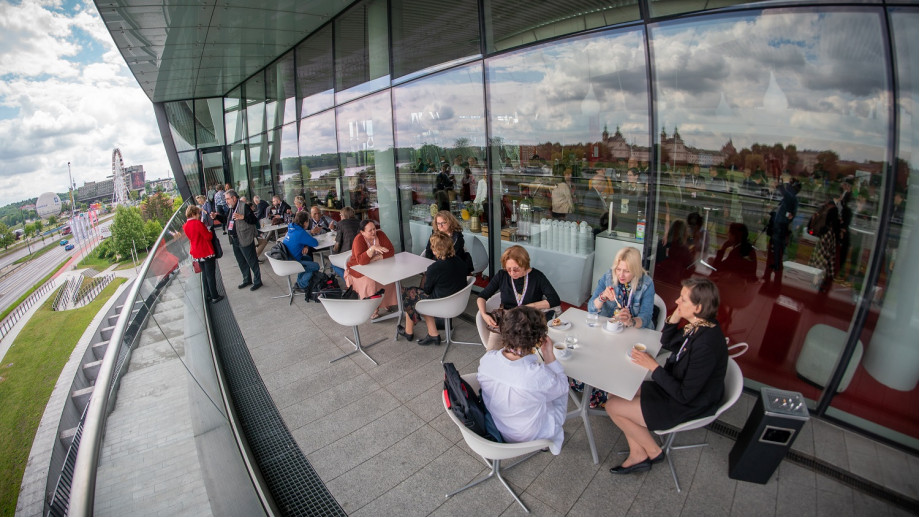 This great celebration of Polish literature, held under the honorary patronage of the Deputy Prime Minister and Minister of Culture and National Heritage, Professor Piotr Gliński, was attended by 500 participants, including 250 translators from over 50 countries - mostly from Europe, but also from North and South America, Asia, and Australia.

Day three of the event was full of interesting discussions and lectures. The first block of events included a meeting with the writer Justyna Bednarek and her translators, Bożena Antoniak, Michala Benešova, Anastasia Chatzigiannidi. Equally interesting was a lecture by the deputy director of the Book Institute, Krzysztof Koehler, on the gems of old literature, many of which have still not been translated into foreign languages and yet constitute a valuable contribution to European cultural heritage. In addition, Artur Grabowski gave a lecture on the new Polish novel, and Maciej Urbanowski looked at contemporary short stories.

The panel discussion ”Translator's work: cooperation between publishers and translators through the eyes of an editor", in which Agnieszka Urbanowska talked to Hendrik Lindepuu, Artur Bogdanowicz, and Anna Ciesielska-Ribard, proved very popular. Congress participants also had the opportunity to attend a meeting on scholarships, grants, and residencies for translators. It was attended by Mateusz Adamski (the Book Institute), Agnieszka Rasińska-Bóbr (Krakow Festival Office), Paweł Łyżwiński (Willa Decjusza), and Agnieszka Wiktorowska-Chmielewska (Instytut Literatury).

The congress concluded with a closing ceremony for participants and lunch. The next edition will take place in four years.

More about the event at: www.kongrestlumaczy.com