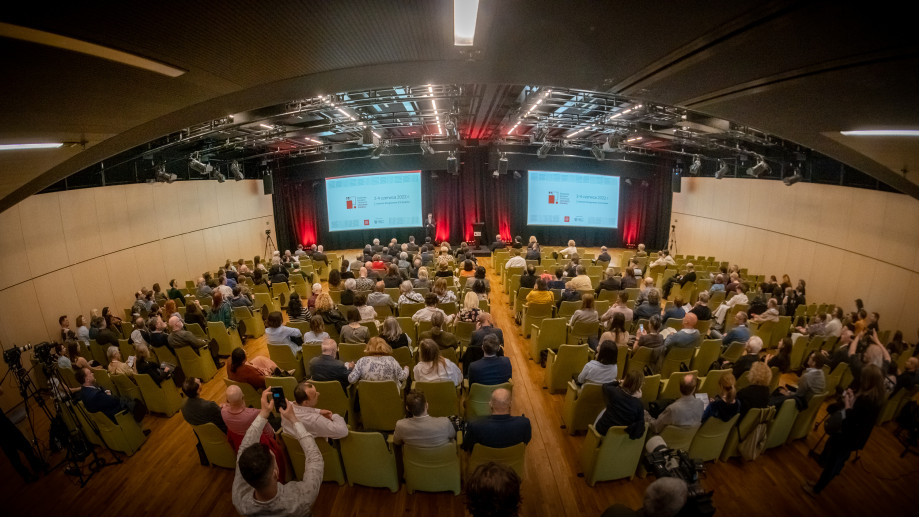 The World Congress of Polish Literature Translators has begun

The 5th World Congress of Polish Literature Translators began on Thursday in Krakow. The event, organised by the Book Institute in a four-year cycle, will gather 500 participants, including 250 translators from over 50 countries - mostly from Europe, but also from North and South America, Asia, and Australia. It is a great celebration of Polish literature, honouring the efforts of those who work to translate and promote the works of Polish writers abroad. The event is held under the honorary patronage of the Deputy Prime Minister, Minister of Culture and National Heritage, Prof. Piotr Gliński.

"Why did we organise this congress? In order to meet. A meeting is of value when its participants pursue the truth. Truths about oneself, about literature, the world, reality. I therefore invite you to meet in the spirit of truth, for it is not the truth that serves us, but it is we who serve the truth. The World Congress of Polish Literature Translators is also a meeting with friends, and such meetings should be joyful. I hope that this will be just such a meeting, even despite the difficult times we are living in - first, two years of a pandemic, and now, something even more dramatic, namely the war happening just across our eastern border," said Dariusz Jaworski.

Afterwards, a letter from the Minister of Culture and National Heritage, Piotr Gliński, was read out by Mateusz Adamkowski, Director of the State Patronage Department of the Ministry of Culture and National Heritage. In his letter, Minister Gliński emphasised the importance of the role played by translators of Polish literature into foreign languages in promoting Polish culture and art around the world and congratulated the Book Institute not only on the organisation of the congress, but also on the effectiveness of its work in popularising Polish literature around the world.

“It is you, the translators, who show us to the world, who insert a window into the wall of a foreign language through which readers from all over the world can peek in, get to know Poland and Polish people, learn something about our life, history, and culture. We confidently place this task and this responsibility in your hands and thank you for taking them on. The world sees our literature through your words; you are both its proponents and its most perceptive readers. This role cannot be overestimated," wrote Deputy Prime Minister Professor Piotr Gliński in his letter.

The inauguration of this year's congress traditionally ended with a special lecture, which this year was given by Prof. Włodzimierz Bolecki, a renowned theoretician and historian of literature, critic, and professor at the Institute of Literary Research of the Polish Academy of Sciences. The subject of the lecture was two messages from Polish literature chosen by the professor: Sienkiewicz's works "raising the spirits" and creation, as Żeromski wrote in his slightly less known drama Sułkowski, to "reopen wounds". Bolecki argued that contemporary literature, in light of the ongoing barbaric war in Ukraine, whether it likes it or not, will have to confront again this seemingly outdated dilemma - to raise spirits or to reopen wounds? And most importantly: it will have to pursue the truth.

"One of the most eminent Polish writers of the twentieth century, Gustaw Herling-Grudziński, warned, as early as the 1950s, against the reluctance of art to take up difficult subjects, against nihilism stemming from an aversion to the literary search for truth. Today, modernity understood in such a way fascinates some, while endlessly boring others (...).The icons of modernity in Polish literature today are Gombrowicz, Schulz, and Witkacy. They had many differences, but also many things in common, including resistance to modern literature. While it is true that they rejected realism in the construction of the literary world, they were great realists in the sense that, instead of rejecting all conventions, they all pursued the truth", said Professor Bolecki, moving on to a paean to Józef Mackiewicz, one of the most important, in his opinion, 20th-century Polish writers.

A detailed programme of the event can be found on the website: www.kongrestlumaczy.com

The World Congress of Polish Literature Translators is held under the honorary patronage of the Deputy Prime Minister and Minister of Culture and National Heritage, Professor Piotr Gliński.