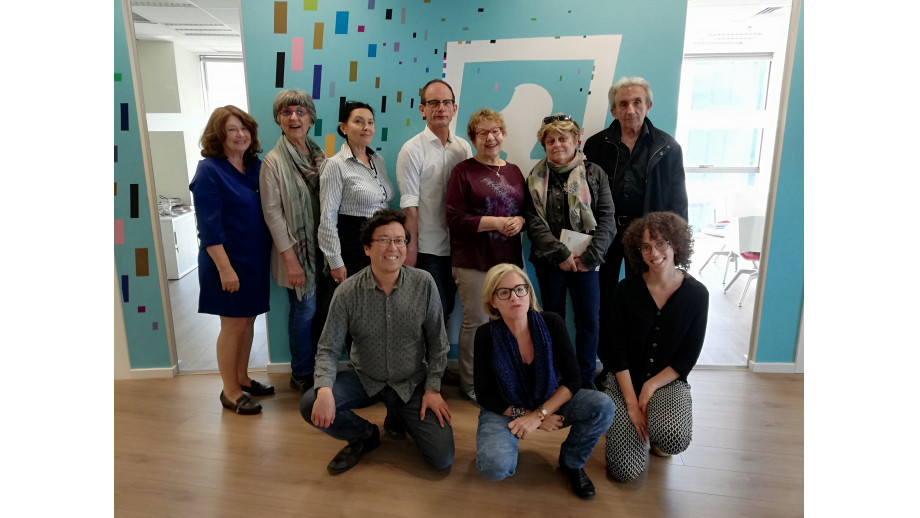 Translation workshops for beginner translators of Polish literature in Israel have come to an end. In six months' time, the Cracow stage of the School of New Translators will begin, with the participation of four of the most promising students of the art of translation.

The last day of the School of New Translators in Tel Aviv opened with a short speech by the Polish Ambassador to Israel Marek Magierowski, who pointed out the importance of the presence of Polish literature in the country, which helps to build good relations between Poles and Israelis.

During the sixth and final session of the School of New Translators in Israel, the Deputy Director of the Book Institute, Prof. Krzysztof Koehler, gave a lecture on the most interesting authors and trends in Polish contemporary literature.

After the workshop, which was conducted by Miriam Borenstein, an outstanding translator of Polish literature who acted as a mentor to the project, the twelve participants were interviewed by a committee composed of representatives of the Book Institute and the Polish Institute in Tel Aviv. The committee will select four people to take part in the second stage of the project. It will take place this autumn at the Translators’ Collegium in Cracow.

The ten-day course will consist of workshops under the guidance of Anat Zajdman, lectures by literary and linguistic experts, meetings with authors and reviewers, and a rich cultural programme that will bring Israeli translators closer to the cultural and historical contexts of Polish literature.

The School of New Translators in Israel began its activities in the rooms of the Polish Institute in Tel Aviv at the beginning of February this year. The course included six workshop meetings, three specialised lectures, and a presentation of the Book Institute's foreign programmes. Between the meetings, participants worked individually on texts by Wiesław Myśliwski, Jakub Małecki, Olga Tokarczuk, and Anna Bikont, to name a few.