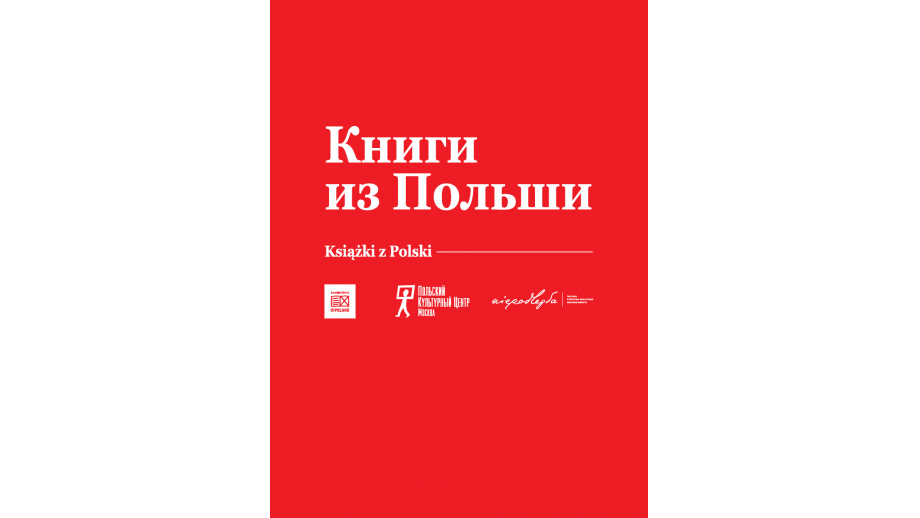 The 20th International Book Fair Non/Fiction begun on Wednesday, November 28th, at the Moscow Artist's House. The most important industry event of the Russian book market is expected to attract 300 exhibitors from 20 countries and more than 30,000 visitors - professionals and book lovers. The Polish stand at Non/fiction is organised by the Book Institute with the support of the Polish Institute in Moscow.

At the 12 sq.m. stand, the Book Institute will present new publications from the "New Books from Poland" catalogue, translations published recently in Russia with the support of the ©Poland Translation Programme, a selection of titles devoted to the history of Poland, as well as the best Polish books for children.

In the year of the anniversary of Poland's regaining independence and, at the same time, the Year of Zbigniew Herbert, the programme of the Polish presentation is based on two pillars: the history of Poland and the work of one of the most eminent poets of the 20th century.

The programme will be complemented by the premiere of the Russian translation of Andrzej Dybczak's Gugara published with the support of the ©Poland Translation Programme and an interesting illustration programme prepared in cooperation with the Russian Samokat Publishing House. With the support of the Book Institute, Samokat publishing house has published in Russia, among others, W morze! (“To the Sea!”) and W góry! (“To the Mountains!”) by Piotr Karski.

Further to the Moscow presentation, there will be a panel discussion with the participation of Józef Ruszar, PhD and Andrzej Franaszek in St. Petersburg, organised by the local Polish Institute. In addition to this, thanks to the cooperation between the Polish Book Institute and Samokat Publishing House, Piotr Karski will give lectures and workshops, aside to the Book Fair, in St. Petersburg and Moscow, in several primary schools, a popular bookshop, and the headquarters of the Young Architects Association.

The Polish stand at the International Book Fair Non/fiction gained the status of a project implemented as part of the celebrations of the centenary of Poland’s regaining independence and will be marked with the visual identification of the Multiannual Programme "Independence".

The Moscow fair will last until Sunday, December 2nd.