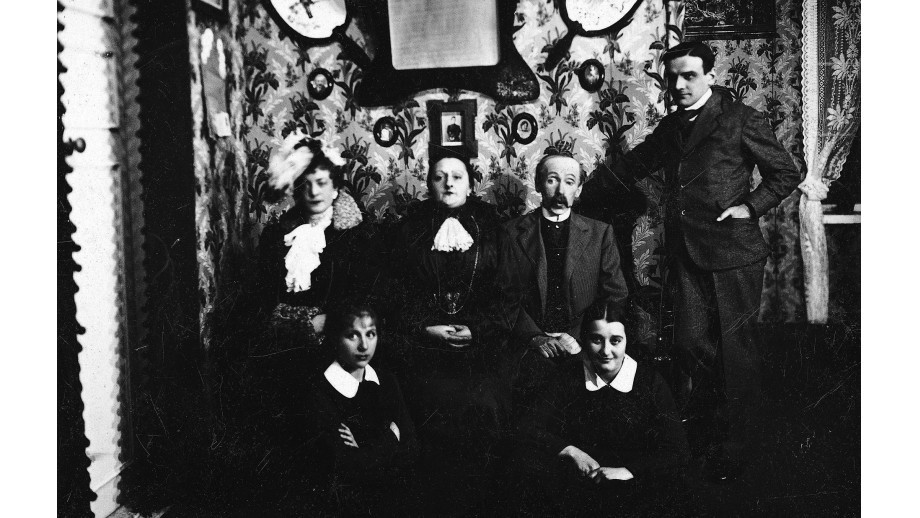 On the occasion of the annual National Reading Day, Gabriela Zapolska's play Moralność pani Dulskiej (“The Morality of Mrs. Dulska") was read last Saturday in the Andrei Voznesensky Library in Moscow with the participation of Polish Ambassador Krzysztof Krajewski and representatives of the Union of Polish Community Organisations "Jedność" (“Unity”).

The event was combined with the donation of Polish books to the Voznesensky Library No. 34, which belongs to the thriving group of libraries in northern Moscow (CBSSAO). The meeting was attended by heads and activists of Polish community organisations from various Russian cities: Moscow, Vladimir, Krasnodar, Voronezh, and Rostov-on-Don, as well as the head of the CBSSAO, Yuri Kuntsev.

The reading, during which the characters of the drama were played by the Ambassador and members of the Polish community, was preceded by a presentation of Zapolska's work in Polish and Russian. The Morality of Mrs. Dulska is well-known in Russia and features in the repertoire of theatres; this season, it is being staged in Moscow by the Nikitskiye Vorota Square Theatre.

The National Reading Day "refreshes our culture, literature, history and preserves what is most important to us - Polish tradition and Polish patriotism," Ambassador Krajewski told Polish Press Agency (PAP). He emphasised that the event was held in Moscow for the first time, and that all participants "showed a lot of interest, desire, and will to participate in this National Reading Day".

"The idea, which was conceived ten years ago and which is spread all over the world, joined by schools and Polish diaspora organisations, is an excellent element of promoting and preserving Polish traditions and culture," the diplomat added.

The head of "Jedność", Aleksander Sielicki, who also heads a regional Polish community organisation in Krasnodar, said that on Saturday, the National Reading Day was taking place at the same time in Sochi, Krasnodar Krai, in southern Russia. He stressed that the Moscow Polonia "joyfully reacted to the proposal" to participate in the "pleasant patriotic action" that is the National Reading Day.

He added that in the Voznesensky Library, the organisation "Jedność" is working to create a centre for Polish books. Some books were donated to the library on Saturday by Ambassador Krajewski. Regional Polish community organisations donated their publications. Among the donated volumes are books in Polish and Russian translations of Polish literature, including: Czesław Miłosz, Wisława Szymborska, Hanna Krall, Witold Gombrowicz, Zbigniew Herbert.

As Sielicki explained, the Union of Polish Community Organizations "Jedność" was created thanks to cooperation between regional organisations from all over Russia. Currently, more than 15 organisations from different parts of Russia participate in the activity of "Jedność". The head of the Moscow-based organisation, which is in the process of registering, Marina Loktayeva, emphasised that taking part in the National Reading Day was "an honour and a pleasure".

"The involvement of the Polish community, our compatriots here in Moscow, in Sochi, in other cities, shows that there is a great interest and need to remind ourselves of Polish literature. It contributes much to our culture and identity," concluded the Polish ambassador. He reminded that in 2022 the National Reading Day will be dedicated to the works of Adam Mickiewicz.

Next: Joanna Concejo wins the Grand Prix de l’illustration jeunesse 2021 Back to list