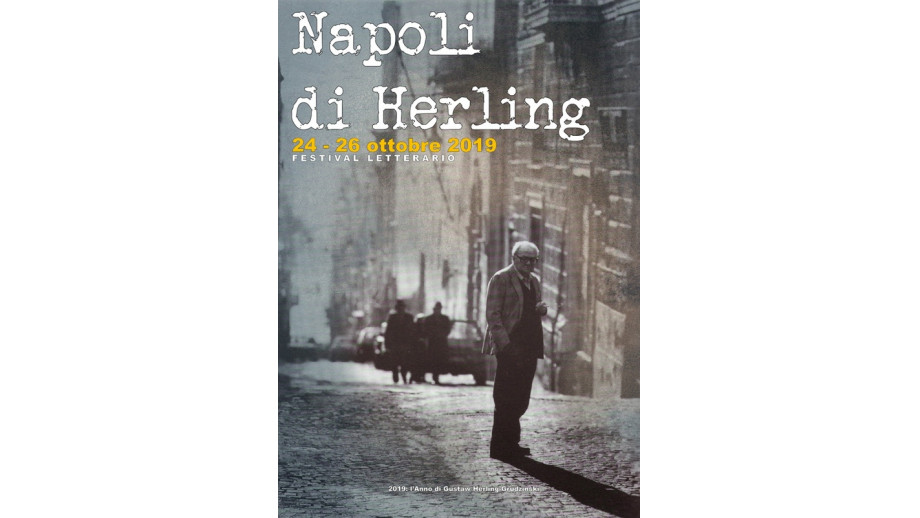 The Gustaw Herling-Grudziński Festival in Naples

A three-day literary festival devoted to the life and works of Gustaw Herling-Grudziński (1919-2000) began on Thursday in Naples, where the writer lived for 45 years. The series of events will honour the year of the author of Inny świat ("A World Apart"), announced by the Polish Parliament. The festival will also be attended by the director of the Book Institute, Dariusz Jaworski.

This is the first such great initiative in Italy dedicated to the Polish writer.

A series of meetings and debates will take place shortly after the publication of the extensive collection of works by Herling-Grudziński entitled Etyka i literatura. Świadectwa, dziennik, opowiadania ("Ethics and Literature. Testimonies, Diary, Short Stories") released in Italy. The volume edited by Professor Krystyna Jaworska from Turin was published in the prestigious series of Mondadori publishing house.

In recent weeks, this publication has been recorded in all the major Italian newspapers. There was no shortage of opinions that this collection is a kind of compensation, though late, for the great Polish writer, a prisoner of the Gulags, a soldier of the Polish II Corps, a participant in the battle for Monte Cassino, who, for many years, was pushed to the margins of literary life or even censored in Italy because of the described experiences of living in Soviet prisons and Gulags.

The festival, organised by the Polish Institute in Rome, will be attended by top officials from Naples, including the Naples Mayor Luigi de Magistris, Polish diplomats along with the ambassador of the Republic of Poland to Italy Anna Maria Anders, Polish experts on the works of Herling-Grudziński, and Italian Polish scholars from several universities.

The special guest will be one of the most eminent Italian actors, the Neapolitan Toni Servillo, who will read the writer's short story Podzwonne dla dzwonnika ("The Bell-Ringer’s Toll") in Santa Chiara Basilica.

The director of the Polish Institute, Łukasz Paprotny, told the Polish Press Agency (PAP): "In the city which was the home of the writer for most of his life, there will be an academic conference and a presentation of his works.

As he emphasised, students of Italian Polish philology centres were invited to Naples together with their professors, who are involved in translation work on excerpts of Dziennik pisany nocą ("Journal Written at Night"), which have not been published in Italian yet. The head of the Polish outpost from the Eternal City pointed to the special role played by the writer's daughter Marta Herling as the curator of the legacy, who, he added, "can open all doors in Naples".

The "Napoli di Herling" festival is reported by the Italian press, which recently also noted with satisfaction the publication of a collection of works by Herling-Grudziński, stressing that he was little known in Italy for many years.

The publicist of "Corriere della Sera", Pierluigi Battista, expressed the opinion that the decision to publish the most important works in a highly regarded series seems to be a "late, but due compensation for the Polish writer who lived in exile in Italy in an intellectually fascinating but isolated niche". As he points out, it was the reason why his "extraordinary books did not enter, although they deserved to enter" into the Italian cultural and political debate.

"Finally, there is a breakthrough in the wall of ignorance, hostility, and conformism which, in Italy, hindered the spread of free thought, attention to unheard testimonies which could have allowed a better understanding of the dynamics and horror of totalitarianisms of the 20th century, “ adds Battista. He pointed out that A World Apart containing memories of Soviet labour camps was circulating for a long time in Italy only in the so-called underground circulation.

As the columnist stated, in the last years of his life the Polish writer " learned in Italy about the humiliation of censorship ", and one of the publishing houses rejected his introduction to the writings of the gulag prisoner Varlam Shalamov.

In this way, the author of the commentary referred to an event described 20 years ago in Italian newspapers. It was then that the Turin publisher Giulio Einaudi commissioned Herling-Grudziński an introduction to the translation of Shalamov's short stories. The writer chose the form of an interview with the translator of the book, Piero Sinatti, a well-known populariser of underground circulation literature in the USSR. However, the publisher resigned from the material provided because, as he explained, the author of The World Apart stressed too much the similarity between communism and Nazism and paid too little attention to the evaluation of the artistic qualities of prose.

Commentators at the time expressed the belief in the press that Einaudi, who had always been sympathetic towards communism and the Soviet Union, had committed "shameful censorship".

After the publication of a wide selection of translations by the Polish writer in the prestigious Meridiani series by Mondadori, it was pointed out that in 1999 Einaudi already belonged to this concern. That is why publicists notice the special meaning of this last Mondadori initiative.