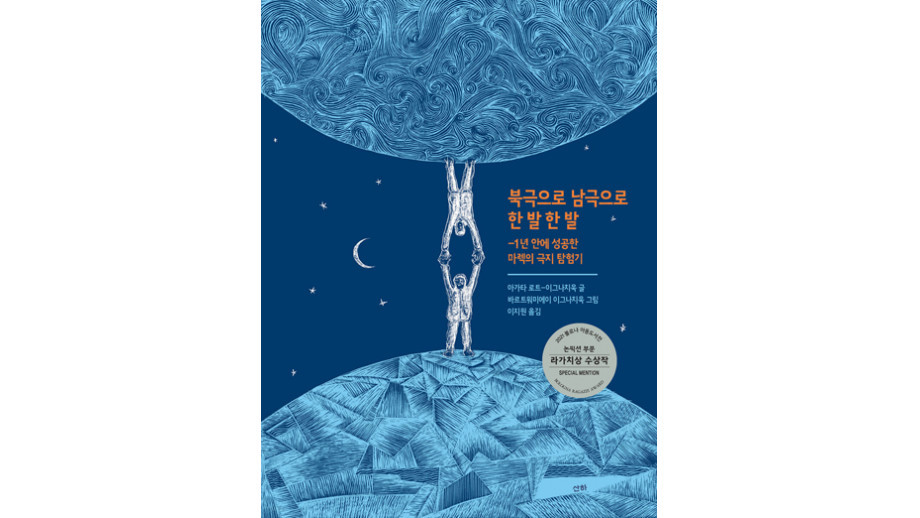 The book, the title of which in Korean translation reads “북극으로 남극을 한 발 한 발” (lit. “One Step from the South Pole to the North Pole”), was published by Sanha Publishing.

The book, maintained in the convention of graphic reportage, tells the story of Marek Kamiński, the first man to conquer two poles of the Earth in one year. Due to its original form, the work of Agata Loth-Ignaciuk and Bartłomiej Ignaciuk is addressed to a wide audience - it is certainly suitable for younger readers, but it will not be boring for adults either. In some ways, this book is the second part of a series.  In the first part, entitled Doba na oceanie. Jak przepłynąć Atlantyk kajakiem (”Doba on the Ocean. How to Kayak Across the Atlantic”), the two authors talked about Aleksander Doba's kayak expeditions across the Atlantic.

Agata Loth-Ignaciuk is the author of several children's books who is most interested in ecology - it is the 'green' topics that she generally tries to introduce to the youngest readers. Bartłomiej Ignaciuk is not only a painter and illustrator, but also a director with over a hundred commercials, Tv series, and one feature film to his credit.