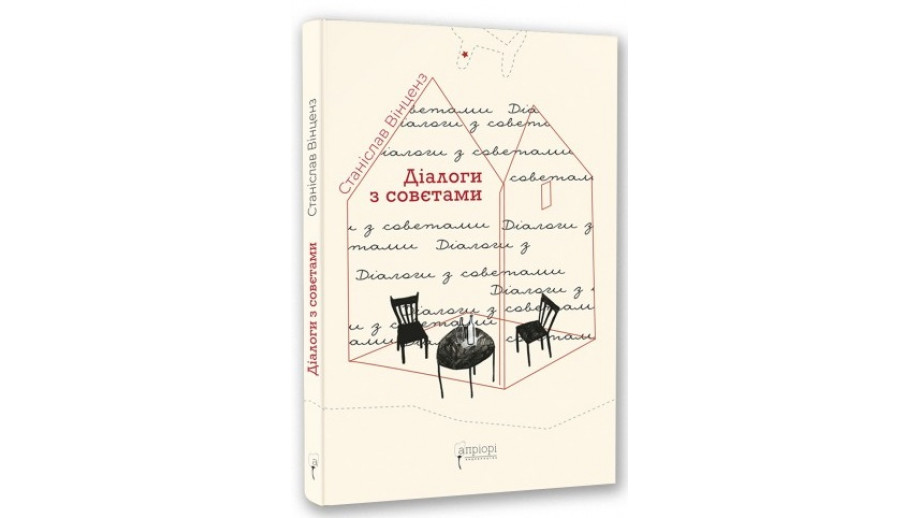 Dialogi z Sowietami (“Dialogues with the Soviets”) by Stanisław Vincenz has been published in Ukraine. The publication of the translation by Oleksandr Herasym was supported by the Book Institute as part of the ©Poland Translation Programme.

The book was published by the Apriori publishing house in Lviv.

Dialogues with the Soviets, first published in London in 1966, is Vincenz's memoirs of his meetings and conversations with the Soviets after their invasion of Poland - in a Soviet prison in Stanislawow and, towards the end of the war, in Hungary when the Eastern Front reached there. Vincenz sees in his interlocutors not only the anonymous wheels of an all-destroying machine, but also its victims. He observes the people he meets with curiosity and tries to understand them without being tempted to easily pass judgement. Full of good-natured humour, the account is accompanied by a profound humanist reflection on the essence of human nature.

As part of the ©Poland Translation Programme, in 2017, the Book Institute also supported another translation by Oleksandr Herasym, namely Na nieludzkiej ziemi (“The Inhuman Land”) by Józef Czapski, and earlier, among other things, his translation of Rozmowy z katem (“Conversations with an Executioner”) by Kazimierz Moczarski (awarded at the Lviv Publishers' Forum).

Next: “Wielkie marzenia” by Wechterowicz and Ignerska in Hungarian with support from the Book Institute Back to list