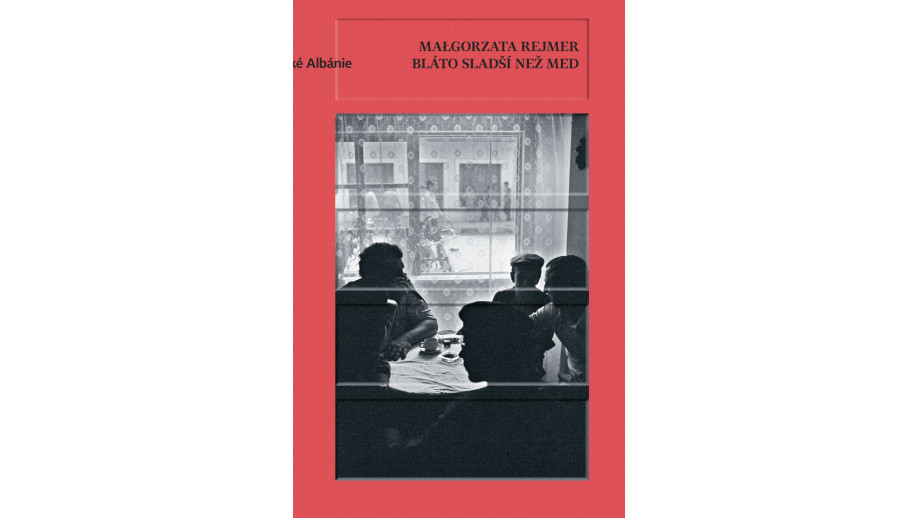 A translation of Małgorzata Rejmer's reportage Błoto słodsze niż miód. Głosy komunistycznej Albanii (“Mud Sweeter than Honey. Voices of Communist Albania”) has recently been published in the Czech Republic. The publication of the book translated by Jarmila Horáková was supported by the Book Institute as part of the ©POLAND Translation Programme.

Reportage Bláto sladší než med, as reads the title of the Czech translation of the book, was published by the Vĕtrné mlýny publishing house in Brno.

Mud sweeter than honey is the story of a country tormented by the terror of Enver Hoxha, a communist dictator for whom even Stalinist Russia and Maoist China were too liberal. It’s a story about people sentenced to exile at the drop of a hat, solely because they were born to the wrong family or, whispering in their own homes, they tried to think for themselves. It’s a story about bloody revolts in the labour camps, the tragic escapes from a country turned into a bunker, about the lives sacrificed on the altar of an ideological paradise, and about those who crushed them, regardless of the consequences.

By arranging the stories of her characters in a choir of poignant voices, the author reveals a fragment of the darkest period in Albanian history and writes another page in the book of the fall of humanistic values of the 20th century. The book has been awarded, among others, the "Polityka" Passport Award and the Gryfia Award.

In recent years, the Book Institute has also supported a number of other translations of Małgorzata Rejmer's books, namely Mud sweeter than honey into Spanish and English, reportage Bukareszt. Kurz i krew (“Bucharest. Dust and Blood”) into Czech, Estonian, Romanian, and Serbian, as well as the novel Toksymia ("Toximia") into Italian.