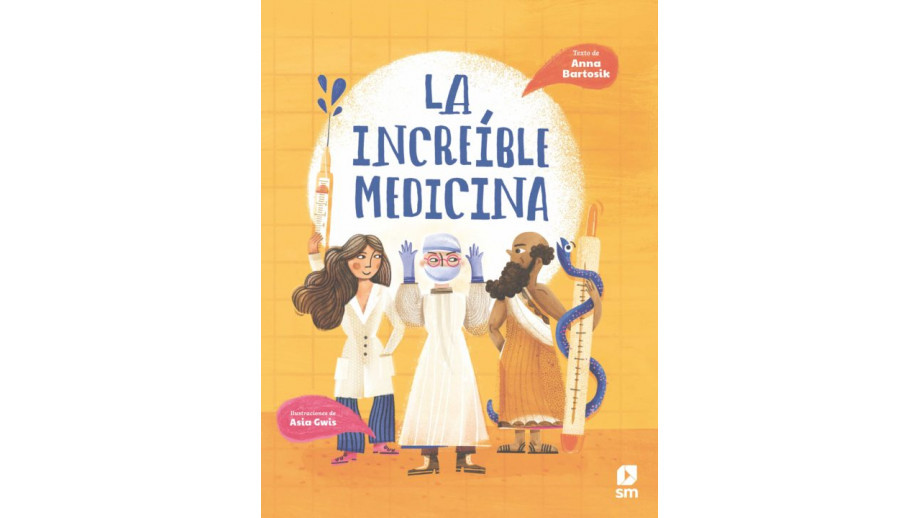 The Book Institute has supported the Spanish translation of “Na ratunek!” by Anna Bartosik and Asia Gwis

A translation of the book Na ratunek! czyli medycyna dawniej i dziś (”To the Rescue! Medicine Today and Yesterday”) by Anna Bartosik with illustrations by Asia Gwis has been published in Spain. The translation by Katarzyna Mołoniewicz and Abel Murcia was supported by the Book Institute as part of the ©POLAND Translation Programme.

The title of the book translated into Spanish reads La increíble medicina. In the Spanish market, the book was published by Fundación Santa María.

The book To the Rescue! Medicine Today and Yesterday aims to tell the youngest readers about medicine and its history in the most appealing way. The illnesses have always affected people, but it is only by trial and error that people have learned to fight them. If you take a closer look, the story of these trials and errors turns out to be fascinating.

The author of To the Rescue!, Anna Bartosik, holds a doctorate in molecular biology and is a populariser of science; she publishes popular science articles in ‘Tygodnik Powszechny’ magazine, among other titles. Asia Gwis is an acclaimed graphic designer and illustrator. She used to work in the press, and now, she illustrates books for younger readers. Her book publications include Grzyby. Dziwne fakty z życia grzybów, o których nie mieliście pojęcia (”Fungi. Odd Facts about the Life of Fungi that You Had No Idea About” with Liliana Fabisińska), and Niesamowity wszechświat (”The Unbelievable Universe”, with Karolina Bąkowska).

Next: The Book Institute supports the Korean translation of ”Marek Kamiński. Jak zdobyć bieguny Ziemi… w rok” Back to list