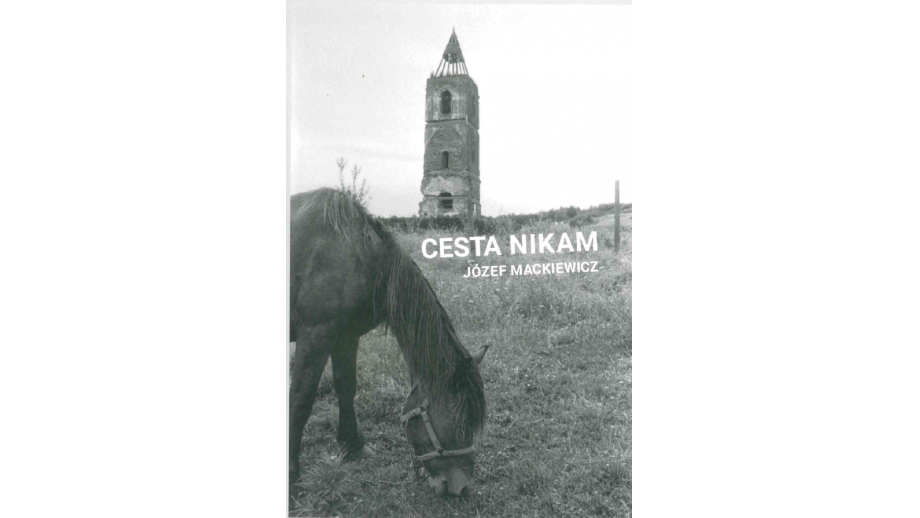 In the Czech Republic, a translation of Józef Mackiewicz’s Droga donikąd (“The Road to Nowhere”) has been recently published. The book was translated by Marcela Bramborova. The publication was supported by the Book Institute as part of the ©POLAND Translation Programme.

The novel Cesta nikam, as reads the title of the Czech translation, has been recently published by Volvox Globator publishing house in Prague.

"A taciturn, slight nobleman," wrote Czesław Miłosz in 1955 in the Parisian ‘Kultura’ magazine, "who already lived in the city, but still liked to wear long boots and a navy-blue peaked cap; in exile, he writes a novel about his home country seized and suppressed by a neighbouring superpower. In this novel, he displays an astonishing gift for handling the realities of little people's everyday lives. None of the prose writers residing in Poland are able to create characters in the same way as he does with a few strokes of a pen, and without psychologisms, almost without description, showing a gesture, a sigh, a spit. Compared to him, there is not a single realist in the Writers' Union in Warsaw. It is they who are uprooted, not him. Where did he learn this art! Sawing a tree, or maybe reading Russian authors of the nineteenth century.

The Road to Nowhere,” continued the Nobel Prize winner, "is a political novel only on the surface. Mackiewicz wrote a novel about ethical issues tormenting him. And here it turns out that you can jump into the most modern modernity by wearing a navy-blue peaked cap - and much more effectively than by writing avant-garde poems. He who fails to see the philosophical knot of this novel hurts Mackiewicz.”