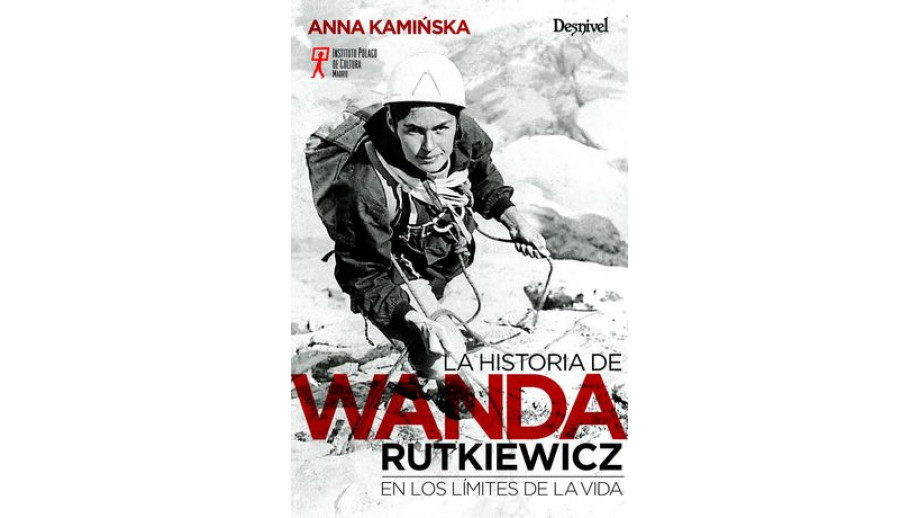 In Spain, a translation of Anna Kamińska’s book Wanda. Opowieść o sile życia i śmierci. Historia Wandy Rutkiewicz (”Wanda, a Tale of Life and Death: The Story of Wanda Rutkiewicz”) has been published. The book was translated by Miguel Cuesta. The edition was supported by the Book Institute as part of the ©POLAND Translation Programme.

Anna Kamińska acquaints readers with the life of the most famous Polish female Himalayan climber. Wanda, a Tale of Life and Death: The Story of Wanda Rutkiewicz is much more than just a biography. It is a story about defeating one's own demons, overcoming one's weaknesses, and a great passion for life, which, by giving incredible strength, can also burn.

"I'll die in the mountains," - she said. She kept her word - according to court documents, she died on May 13, 1992. The day before she disappeared on Mount Kangchenjunga in the Himalayas. No one saw her death, no one heard her last word, no one found her body. At the beginning of the 21st century, a couple of tourists knocked on the door of Jerzy Kukuczka's Memorial Chamber claiming that in one of the monasteries in Tibet, they met a figure resembling a Himalayan climber who disappeared years ago... Her passing away, like many events in her life, remains a mystery to this day.

Third woman and first European woman on Mount Everest. The first woman to reach the top of K2. From a very young age, she was famous for her "Samogitian" persistence. She had to grow up quickly to support her mother in house chores. In turn, she wanted to take the place of her father’s firstborn son, who died a tragic death. At first, she carried the burden of a difficult family history, then she always left things "downstairs" in the background. She lived from expedition to expedition. She never decided to become a mother. Her two marriages fell apart. The most important thing for her was freedom. Her true love were the mountains.