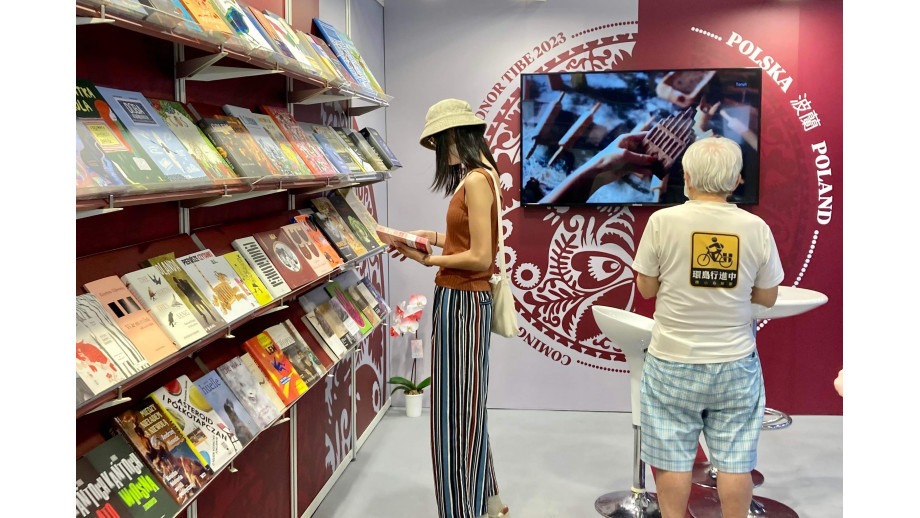 Taipei International Book Exhibition 2022 has come to an end

This year's Taipei International Book Exhibition (TIBE) ended on Tuesday. The event took place between 2nd – 7th June. Poland was present at the fair with a stand promoting national literature and culture, and, at the end of the event, it was announced that next year, our country will be the Guest of Honour at the fair.

The Taipei Fair is one of the largest and most important events of its kind in East Asia. The Polish stand at this year's event was organised by the Book Institute thanks to the support of the Polish Office in Taipei and funding from the Ministry of Culture and National Heritage. A film promoting our country and popularising Polish literature and culture was screened at the Polish stand. Polish books translated into other languages, mainly into English, were also available.

Another Polish touch was the participation of Sonia Draga, president of the Polish Chamber of Books and the Sonia Draga Publishing Group, in the TIBE Frankfurt Publishers Training Programme. In her speech, Draga presented the situation of the Polish publishing industry.

The fair programme also included an online meeting with Witold Szabłowski, whose two books - Tańczące Niedźwiedzie ("Dancing Bears") and Jak nakarmić dyktatora? ("How to Feed a Dictator?") - have been published in Taiwan in traditional Chinese translation. During the meeting with the reporter, a number of strictly literary topics were discussed, as well as geopolitical ones, with the ongoing war in Ukraine at the forefront.

This year's Guest of Honour at the Taipei International Book Fair was France, and the leading theme was the impact of the COVID-19 pandemic on the international publishing market.