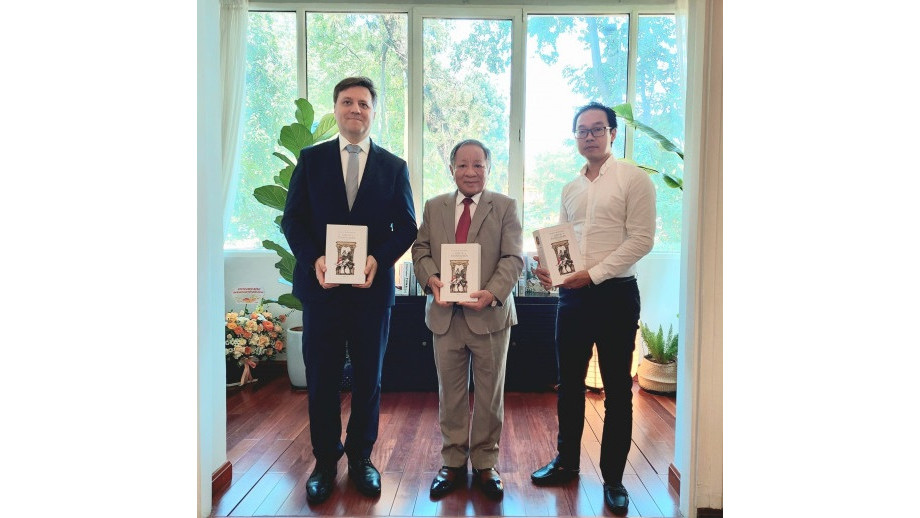 Sienkiewicz's "Krzyżacy" in Vietnamese for the first time

The promotion of the first Vietnamese translation of Henryk Sienkiewicz's Krzyżacy (“The Knights of the Cross”) took place at the Polish Ambassador's office in Hanoi on Saturday 5 November.

The event coincided with the birthday of the translator of the novel, Nguyễn Hữu Dũng, as well as the anniversary of Đông A publishing house, which turns 18 this year.

The Đông A publishing house donated 5 copies of The Knights of the Cross to the Library of the Polish Embassy in Hanoi. The ceremony was attended by Ambassador Wojciech Gerwel, translator Nguyễn Hữu Dũng, and representatives of the publishing house.

Next: 13. Kongres Bibliotek odbędzie się w listopadzie Back to list