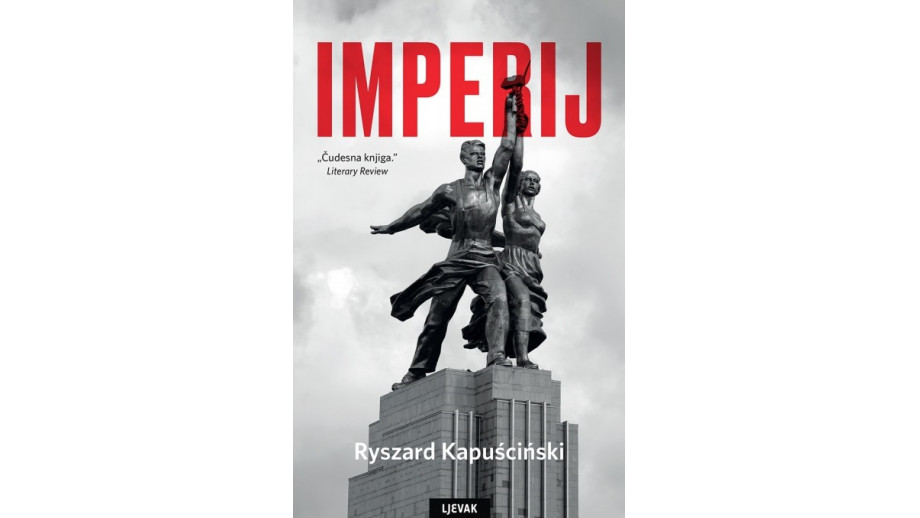 A Croatian translation of Ryszard Kapuściński's Imperium (“Empire”) has recently been published. The book was translated by Adrian Cvitanović, and the publication was supported by the Book Institute as part of the ©POLAND Translation Programme.

The reportage Imperij, as reads the title of the Croatian translation of the book, was published by the Ljevak publishing house.

Imperium is a bestseller published in 1993, translated worldwide, and probably the most outstanding achievement of Kapuściński's individual, inventive style of reportage, impossible to imitate, and an unrivalled model for the greatest journalists of our time. It captures the process of the collapse of the Soviet Union, the last empire of the last century, in meaningful close-up and in great detail.

Adrian Cvitanović, the translator of the book, has to his name the translations of the works of Czesław Miłosz (Ziemia Ulro [“The Land of Urlo”]), Leopold Tyrmand (Cywilizacja komunizmu [“Civilasation of Communism”]), Jerzy Giedroyc (Autobiografia na cztery ręce [“Autobiography for Four Hands”]), Marek Hłasko (Piękni dwudziestoletni [“Beautiful Twentysomethings”]), Magdalena Tulli (W czerwieni [“In Red”]), and Gustaw Herling-Grudziński (Dziennik pisany nocą [“Journal Written at Night”] awarded the prestigious Iso Velikanović Award for the best translation of 2020).. All the aforementioned translations were published with the support of the ©POLAND Translation Programme ©POLAND.

Next: A project based on Lem’s "Solaris" presented by the famous Praktika theatre Back to list