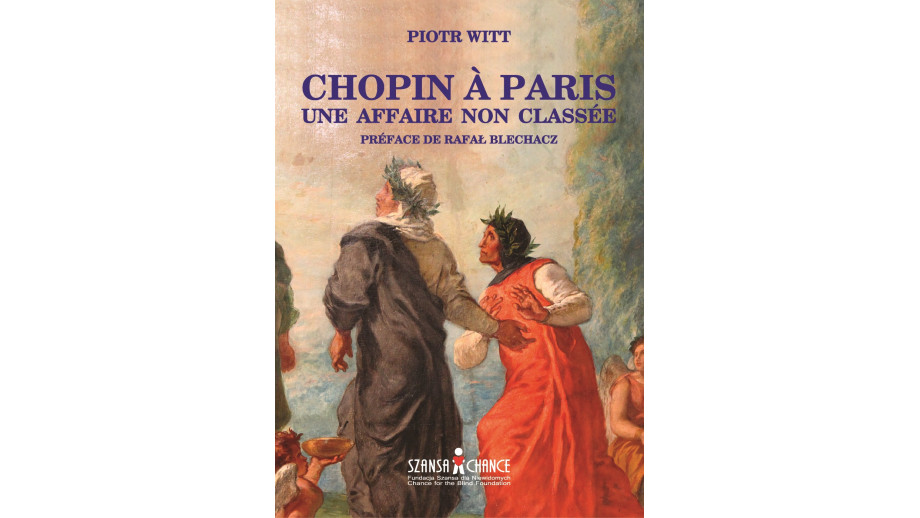 In December 2019, a translation of Piotr Witt's book Przedpiekle sławy. Rzecz o Chopinie (”On the Threshold of Fame: Chopin’s First Steps in Paris”) was published in France. The book was translated by Eric Veaux. The publication was supported by the Book Institute as part of the ©POLAND Translation Programme.

The book Chopin à Paris. Une affaire non classée – as reads the French title of On the Treshold of Fame – was published by the Chance for the Blind Foundation. The French edition of the book, which appeared in Parisian bookshops in early January 2020, was accompanied by a foreword by the outstanding pianist Rafał Blechacz.

The book by the Polish historian Piotr Witt contains new, historically confirmed facts from the life of Fryderyk Chopin. A brilliant success divides Chopin's life in France into two distinct periods. We know the later well. Since he became rich and famous, his public performances were announced on posters, covered and commented on by the press; every gesture, every word recorded by students, memoirists, diarists. Unlike this period, the first Parisian months of the genius remain unknown. What did he do, where did he live, how did he live? Instead of facts, several notoriously false legends are repeated. The poor have no history. And yet, the period before his triumph deserves to be known better: during these months, the unsuccessful candidate for a concert pianist transformed into the most expensive piano professor; the composer of works to be performed in great halls turned into the author of brilliant études, preludes, nocturnes, played in the leading salons of Paris.