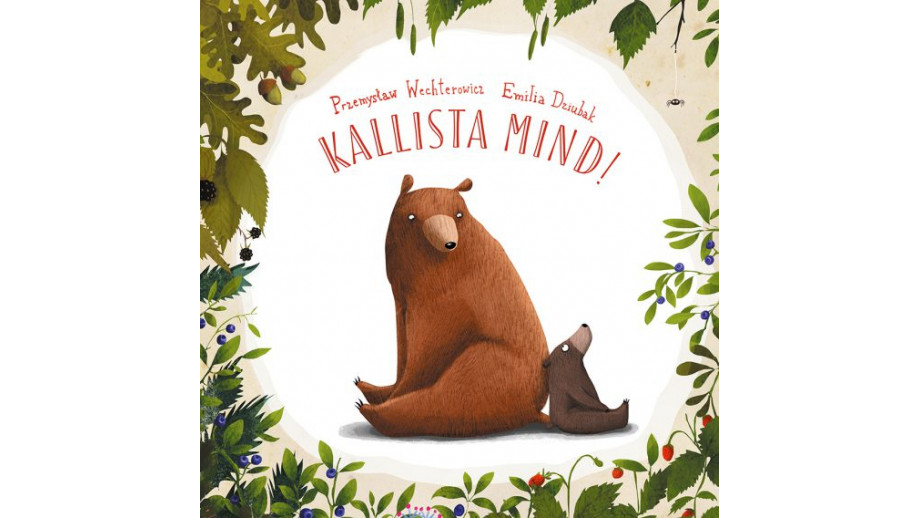 In Estonia, the translation of Proszę mnie przytulić (“Hug Me, Please!”) was published. The book was translated by Hendrik Lindepuu. The publication of the work by Przemysław Wechterowicz and Emilia Dziubak was supported by the Book Institute as part of the © POLAND Translation Programme.

Proszę mnie przytulić has been recently published by Päike ja Pilv publishing house. It tells the story of Daddy the Bear, who, one day, secretly told the Little Bear that it is enough to hug someone firmly and the world will become more beautiful. And so began the unusual adventure of a father and son. They wander together through the forest and hug everyone they meet on their way – a tiny Caterpillar, a huge Anaconda, and even a Hunter with a gun in his hand. It is a humorous and touching story about how one small gesture, but coming from the depths of the heart, can change people’s lives a great deal.

Proszę mnie przytulić was honoured with the Literary Award of the Capital City of Warsaw 2014 in the category of literature for children and teenagers. The book has also been inscribed in the White Raven Catalogue ‘White Ravens 2014’, containing titles from all over the world recommended by the Internationale Jugendbibliothek, as well as in the Treasure List of the Museum of Children's Books.

Hendrik Lindepuu is the most important contemporary translator of Polish literature into Estonian, a true one-man-institution. In 2002, he founded his own one-man publishing house so as to be able to publish translations from Polish literature. In recent years, with the support of the Book Institute, his translations of Piękni dwudziestoletni ("Pretty Twenty-Year Olds") by Marek Hłasko, Jak kochać dziecko, Prawo dziecka do szacunku ("How to Love a Child", "The Child's Right to Respect") by Janusz Korczak, and Bukareszt. Krew i kurz ("Bucharest. Dust and Blood") by Małgorzata Rejmer, as well as a selection of texts by Sławomir Mrożek and Leszek Kołakowski were published.