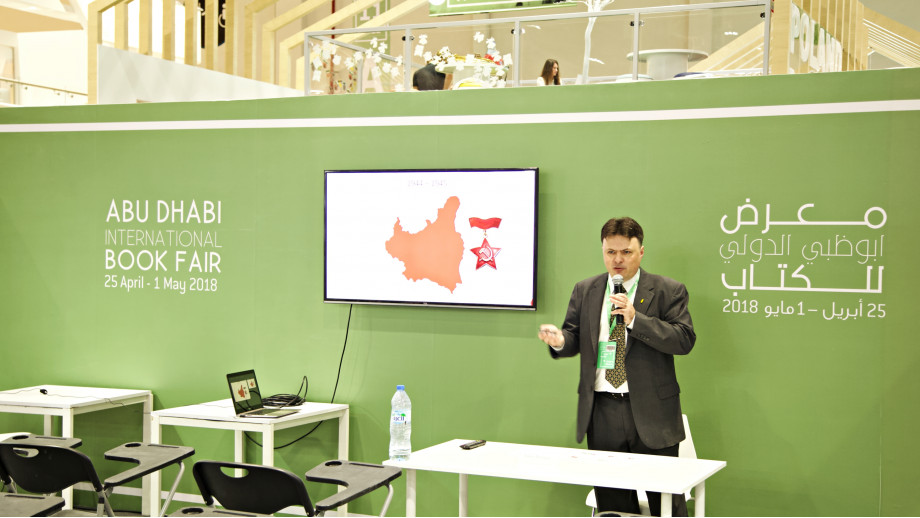 The country's book industry may be in decline, but it is still a good business

Poland, the Guest of Honour Abu Dhabi International Book Fair (ADIBF) 2018 was the first to take the stand at the Business Club with a presentation of the Polish Book Market – Rights, the Polish Market in Practise, by the director of Poland's State Publishing Dr. Lukasz Michalski. This year, there are 13 speakers  from the Guest of Honour country holding talks at the Fair under the Professional Programme. Apart from Polish publishing trends, the Professional Programme is focusing in 2018 on initiatives from the Arab region's publishing industry.

According to Dr. Michalski, Poland's book market trends are not that different from the

European ones, but they also have their own specifics. Poland's historical background also

played a major role in shaping the country's present publishing market. Following World War Two, was a communist state, under Soviet influence until 1989. As such, everything was owned by the State, including the book industry.

"The communist regime resulted in the total destruction of private publishing enterprises and the book market. Not only did the State owne everything, but it also  decided which titles to publish" – said Dr. Michalski

By the end of the communist years, in 1989, Poland around 200 publishing houses but 90 percent of all books were published by just 10 of these houses. In 1990, there were only

10,000 titles published, but the average edition level was 18,000 books, a number considered extremely high in any book market.

"By the end of the communist years, Poland had around 175 million books published annually. This is a huge number, and not because there were many titles, but because of the very high copies printed per title. This, of course has changed now," stated Dr. Michalski.

Poland has now a 30 years old free book market, and it is somewhat declining, particularly in terms of readers and "quality" titles. Part of the reason is digital technology and social media taking over book shops and book reading, but also the five percent Value Added Tax (VAT) on books, introduced in 2011. Previously, there was no tax on books in Poland. As a result of

Officially, there are 2,500 publishing houses throughout the country, but most of them only publish just one title per year. About 4,000 of them are regularly active and only 35 are truly successful, controlling 75 percent of the book market.

Poland's last published statistics, in 2014, revealed that there were 35,000 titles published that year, with an average edition level of 3,200 books. Of these titles, 35 percent were professional books (text books, scientific titles, guide books), 30 percent were school hand books and only 13 percent were novels, poetry and short stories.

In terms of revenue, Polish book publishers sold books worth of US$ 750 million in 2014, mostly through individual book stores. Internet bookstores are on the rise in Poland, but at a slow pace. Back in 2014, the country had 200 wholesale book distributors, but the biggest four of them were responsible for over 90 percent of all Poland's book market.

While much of Poland's book market trends are similar to other countries in the region, there are certain local specifics. One of them is history books.

"Other nations may love history books, but we are mad about them. In the last 25 years, there was no year without at least one history book among the top 20 bestsellers. We even have history magazines and daily newspapers” stressed Dr. Michalski.