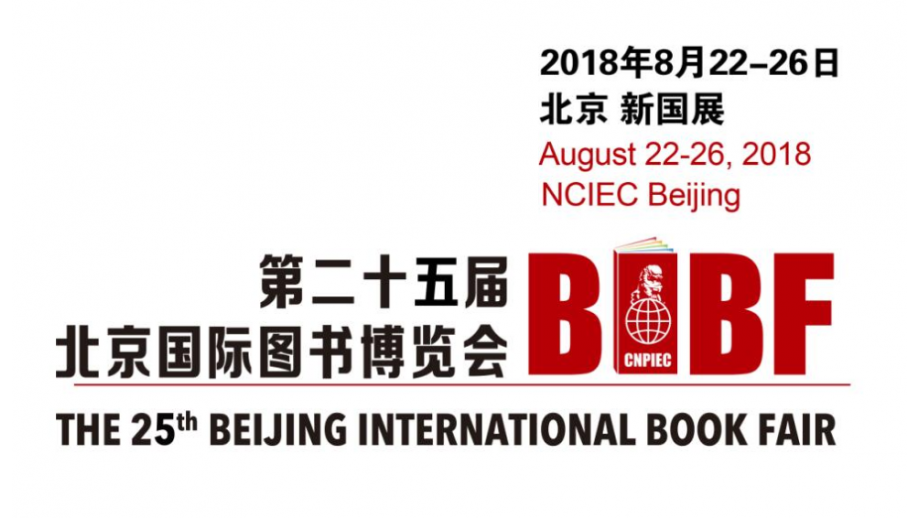 On Wednesday, 22nd August, an international book fair in Beijing begins. The Beijing International Book Fair is the largest book fair in Asia. Each year, over two and a half thousand publishers from 90 countries worldwide showcase their books here, and the event is visited by over 300,000 readers.

It is a unique opportunity to meet representatives of the publishing industry from all over China, which is why the Polish Book Institute will once again organise a Polish information stand in Beijing. Throughout the fair, one can visit us in the International Zone, hall E1 LO8. On the occasion of the 100th anniversary of Poland's regained Independence, in Hall W4 there will also be an extensive exhibition ‘About Poland’.

There will be topical literature at our stand, where one will also find titles published in Poland last year. Primarily though, there will be found Polish children's books, highly popular in China - in recent years, licenses for nearly 90 titles have been sold to China. The publishing house Dwie Siostry is the leader here, but Chinese publishing houses also buy books from other publishers, such as Nasza Księgarnia, Media Rodzina, or Wytwórnia.

During the fair, just like other institutions promoting national cultures abroad - Alliance Française and BIEF, Goethe Institute and Frankfurter Buchmesse – we will inform about Polish books recently published in China: on Thursday, 23rd August at 11 a.m. at the Writer's Salon (Hall W4), a meeting about the series ‘Blue Eastern Europe’ will be held. As part of the aforementioned series, the publishing house Hua Cheng from Guangzhou publishes the classics of Polish literature from the twentieth century with the support of the © POLAND Translation Programme. Until now, the following titles have appeared as separate volumes in the series: Druga przestrzeń (‘The Second Space’) and Piesek przydrożny (‘Road-side Dog’) by Czesław Miłosz, W cudzym pięknie (‘Another Beauty’), Pochwała żarliwości (‘Praise of Zeal’), and Wiersze wybrane (‘Selected Poems’) by Adam Zagajewski, Solaris by Stanisław Lem, as well as Barbarzyńca w ogrodzie (‘Barbarian in the Garden’), Labirynt nad morzem (‘Labyrinth by the Sea’), and Martwa natura z wędzidłem (‘Still Life with a Bridle’) by Zbigniew Herbert. The editor-in-chief of Chinese ‘World Literature’ and the editor of the entire collection, Professor Gao Xing, will talk about the series with Zhang Yi, deputy editor-in-chief of the publishing house, and Professor Mao Yinhui, a translator and the Dean of Polish Studies at Guangdong University of Foreign Studies. It is in her translation that another volume of the series is being published: Krótkie, ale całe historie (‘Short, but Entire Stories) by Sławomir Mrożek. Yet to come this year, the publishing house is going to publish Wiersze zebrane (‘Collection of Poems’) by Herbert in the translation by Professor Zhao Gang.

On Friday, 24th August, we invite you to Hall E2 for meetings on recently published Polish children's books in China: at 10.30 a.m. (E2 H20), a presentation of a very recently published book by Nikola Kucharska, Podróż dookoła świata (‘Journey Around the World’), and a discussion about Polish non-fiction children's books are planned. Aleksandra and Daniel Mizieliński are considered the stars of this genre in China; their Mapy (‘Maps’) or Pod ziemią, pod wodą (‘Under Water, Under Earth’) have set new trends and paved the way for other Polish illustrators and authors.

Finally, Saturday 25th August, the Tianjin People’s Press publishing house will hold a promotion of the translation of Nienasycony (‘Insatiable’), Robert Lewandowski’s authorised biography. Lewandowski is also considered a phenomenon in China and is very popular there – a press conference devoted to this book, broadcast by China Central Television, was reportedly watched by 300 million viewers.

The accompanying programme was created in cooperation with the Book Institute, the Polish Institute, and the Polish Embassy in Beijing. The fair will last until Sunday, 26th August.