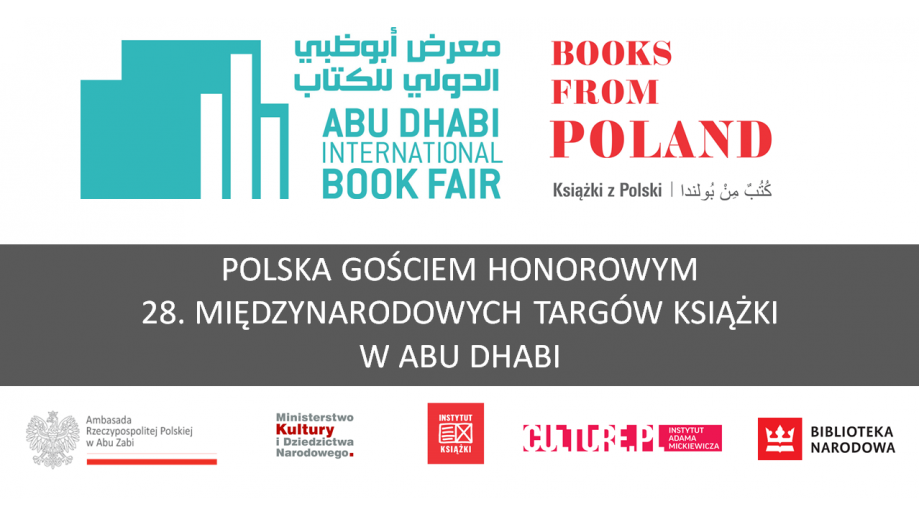 Poland - the guest of honor at the Abu Dhabi Book Fair

Between April 25 and May 1, Poland will be the guest of honor at the 28th edition of the Abu Dhabi International Book Fair, one of the biggest events of its kind in the Middle East.

Poland will be represented by 21 publishers, including prestigious state expositors.

The director of Poland's Book Institute, Dariusz Jaworski said that the book fair in Abu Dhabi “is a strong foothold for promoting Polish culture, and in particular for promoting Polish literature in Arab states, knowing that it reaches not only the United Arab Emirates but nearly the entire Arab world.”

He added that Poland’s presence in the book fair is not a one-off event, but rather a launch pad from which Polish culture and literature can truly enter the Arab world.

Jaworski also underlined that there is no available data on the scope of Polish literature's availability in the Middle East. Only certain works of famous Polish writers have been translated into Arabic for instance, works by Janusz Korczak, Henryk Sienkiewicz, Wisława Szymborska, Zbigniew Herbert, and Władysław Reymont.

The director of the Polish National Library, dr Tomasz Makowski, explained that this is an opportunity to present Polish history as a combination of many the cultures, nations, languages, and beliefs, that functioned inside Poland and the Polish-Lithuanian Commonwealth.

Krzysztof Olendzki, the director of the Adam Mickiewicz Institute, indicates that “written word, books, are the most important medium of cultural transmission”, and that “the written word plays the key role in the intellectual life of Muslim nations, especially in the Arab world.”

The Abu Dhabi International Book Fair is one of the greatest events of its kind in the Middle East. In 2017 there were 1,320 expositors from 65 countries visited by 300,000 people. Poland has participated in the fair since 2015.