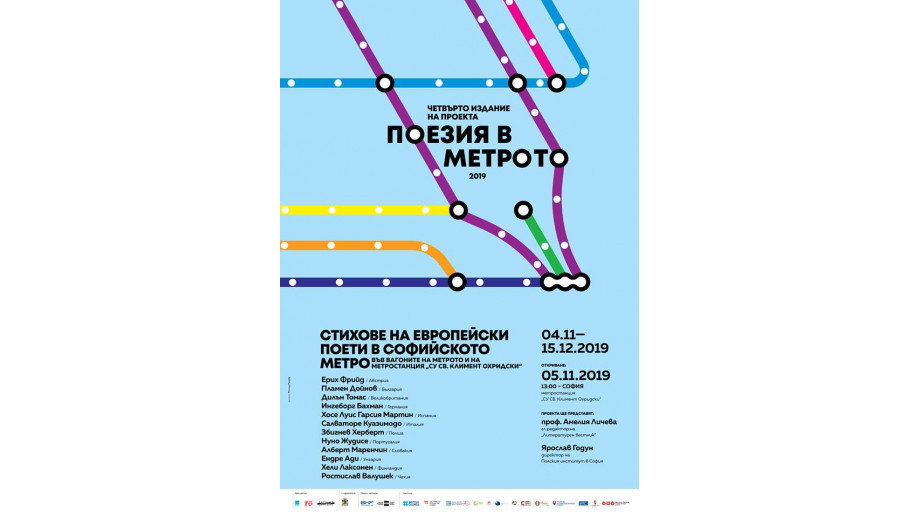 Poetry on the Sofia Metro for the fourth time!

The fourth edition of the "Poetry on the Underground" project, initiated by the Polish Institute in Sofia, began on Tuesday in the capital of Bulgaria. For two months, passengers on the Sofia Metro will have a chance to read poems by 12 European poets whilst in the carriages.

The initiative was launched four years ago, and the number of participants is growing every year. It is currently being implemented within the EUNIC (European Union National Institutes for Culture) in cooperation with the literary weekly Literaturen vestnik.

The poems, placed on the boards both in their original language and in Bulgarian translations, will be read in 80 carriages of the Sofia Metro and at one of the central stations where the University of Sofia, the oldest university in the country, is located. The works are devoted to nature, love, and freedom. The translations are works by some of the best translators of poetry; some of whom were present at the inaugural celebrations.

Polish poetry this year is represented by Zbigniew Herbert, while Bulgaria is represented by Płamen Dojnow, a poet and university lecturer, who has won this year's European Poet of Freedom Festival Award in Gdańsk. There are also poems by Dylan Thomas, Salvatore Quasimodo, Ingeborg Bachmann, as well as poets from Spain, Portugal, Slovakia, and Hungary.