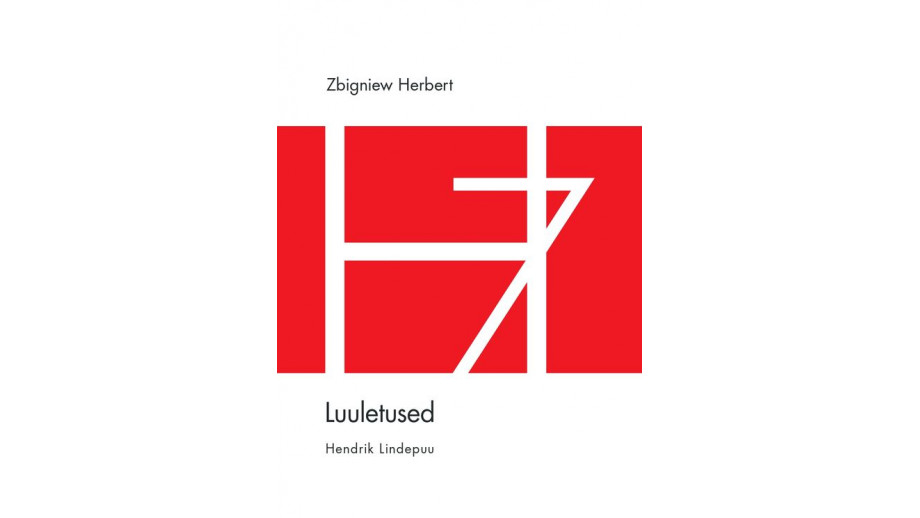 A translation of Zbigniew Herbert's Wiersze (“Poems”) was published in Estonia. The publication of the Polish author's poetry collection translated by Hendrik Lindepuu was supported by the Book Institute as part of the ©POLAND Translation Programme.

Hendrik Lindepuu (b. 11 XI 1958) is one of the most outstanding translators, acquainting foreign readers with Polish literature. His translations of more than 50 books have been published in Estonia, and he has also translated 70 theatrical plays. Lindepuu is a true one-man-institution. It is largely thanks to him that contemporary Polish literature is present in Estonia, as not only does he translate it, but he has also been publishing it since 2003.

His translations of poetry are the most appreciated. In 2009, the Estonian Cultural Foundation awarded Hendrik Lindepuu the annual Kultuurkapital Literary Award, the highest literary prize in Estonia, for Wiersze wybrane ("Selected Poems") by Tadeusz Różewicz and other translations. In 2015, he was one of the five laureates of the Estonian National Award for Culture and Art for creative achievements in 2014.

The Republic of Poland awarded Hendrik Lindepuu the Golden Cross of Merit (2005) and the Knight's Cross of the Order of Merit (2009) for his services. The translator is also the winner of the Transatlantyk Award, awarded by the Book Institute to outstanding translators and popularisers of Polish literature abroad. He received it in 2019.