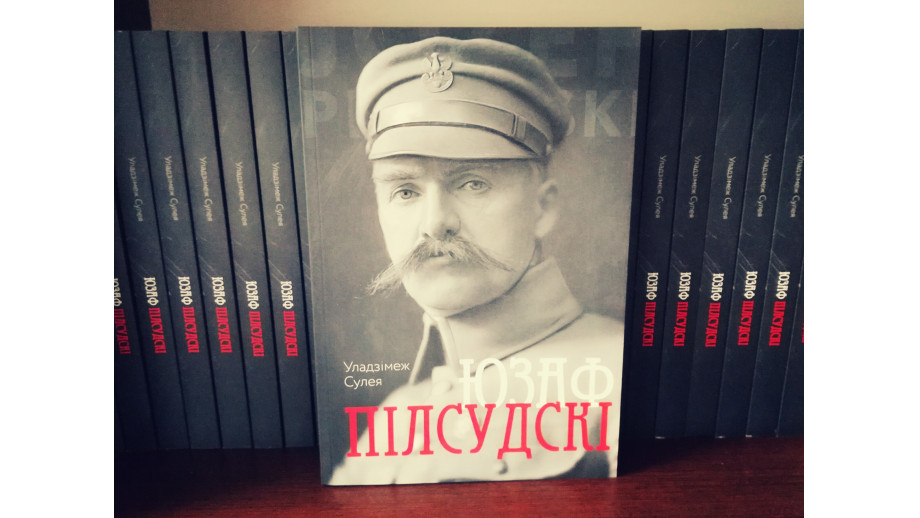 At the end of May, during the Kyiv’s Book Arsenal, the biggest literary festival in Ukraine, Ukrainian edition of Professor Włodzimierz Suleja’s book Józef Piłsudski had its premiere. The translation of the Marshal’s popularizing biography was published with support from the Polish Institute in Kyiv.

A week before, in Minsk, Januškevič Publishing House presented a Belarusian translation of this publication and its promotion with the author’s participation was met with a large interest from the public, which is confirmed by Tomasz Adamski, the acting director of the Polish Institute in Minsk that helped with the publication and organized its presentation.

- It’s an important moment: the figure of Józef Piłsudski was presented in a very biased way in the USSR, according to the spirit of Soviet propaganda, as practically a villain in the history of this part of the world. It should be considered a symbolic breakthrough that a genuine biography of Józe Piłsudski was published in Belarus in 2018. It will allow Belarusian readers to learn about the life and accomplishments of Józef Piłsudski, and thus to better understand a close neighbour – Poland.

The same publisher, Januškevič Publishing House, thanks to the @Poland Translation Program, plans to publish in the same year a Belarusian translation of Professor Andrzej Garlicki’s book Józef Piłsudski 1867-1936. Both publications will be available in national bookshops, as well as in the independent circulation and on the Internet.

– Belarusians, like other nations of the old Soviet empire, are hungry for historical knowledge, they are looking for their roots and heritage, want to learn the true history of their land, in which our fates were so closely tied to that of Poland and Poles – comments Andrej Januškevič, the book’s publisher.

– Fundamental biographical studies of great historical figures are few and far between on the Belarusian market. This genre is gradually evolving, but the demand is still big. This is why the publication of the biography of the man who led Poland to the restoration of its sovereignty 100 years ago instantly became an important event in Belarus. The sales results of Prof. Suleja’s book prove it directly. For the Belarusian readers with interest in history Piłsudski is both a close and distant figure. Close because there is nobody who wouldn’t encounter this name, and a the same time distant because there simply wasn’t a source of full, credible information about the marshal’s life. Today, we are able to successfully fill this gap in memory and knowledge. – adds Januškevič, an independent publisher who, with support from the Book Institute, is also responsible for, amongst others, a Belarusian publication of Florian Czarnyszewicz’s Nadberezeńcy (Berezina People).

Next: Polska „Noc w bibliotece” w Lambeth Back to list