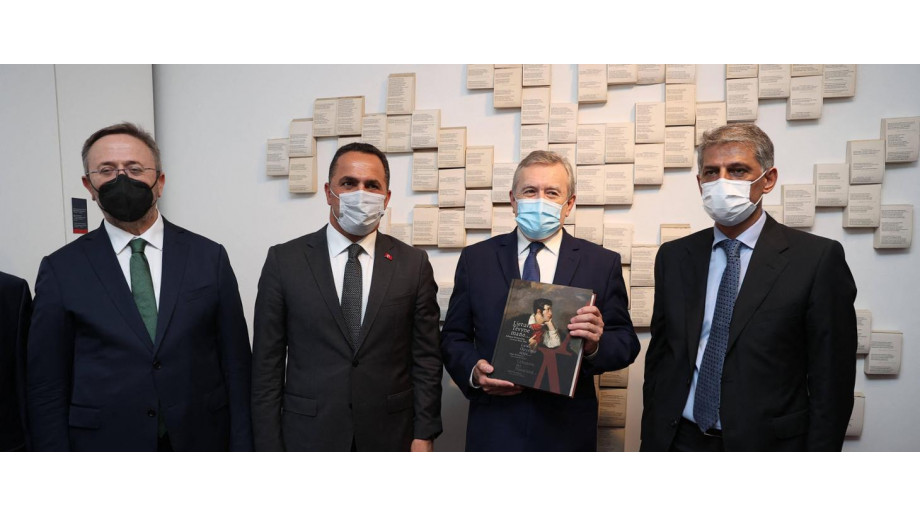 “The Adam Mickiewicz Museum is a beautiful symbol of respect for history and Polish heritage in Turkey. I very much hope that the Museum will continue to develop and bring closer the figure of the eminent Pole in Turkey,” wrote the Deputy Prime Minister, Minister of Culture, National Heritage and Sports, Professor Piotr Gliński, in the museum's visitors’ book. During the symbolic opening of the redesigned exhibition at the Adam Mickiewicz Museum in Istanbul, Prof. Gliński emphasised that the unofficial purpose of Adam Mickiewicz's journey in September 1855 to Constantinople, now Istanbul, was an attempt to recruit troops for the Polish Army to fight against Tsarist Russia.

“Today, we are in the building that stands on the spot where the poet spent the last few months of his life. On the centenary of Mickiewicz's death, the first exhibition was created here. I hope that the exhibition which you can see today will contribute to the popularisation and preservation of the memory of this outstanding Pole among the inhabitants of Istanbul as well as the numerous tourists visiting the city,” said Deputy Prime Minister Gliński.

Piotr Gliński noted that the Ministry of Culture, National Heritage and Sport is committed to preserving the memory of outstanding Poles who, due to complicated historical events or personal decisions, found themselves outside Poland. Activities in these areas have for years been carried out through numerous exhibitions devoted to Polish literary artists. Examples include the Joseph Conrad Korzeniowski Museum in Berdyczów, the Juliusz Słowacki Museum in Krzemieniec, and the Witold Gombrowicz Museum in Vence. These exhibitions, as well as the one devoted to Adam Mickiewicz in Istanbul, are realised by the Ministry of Culture, National Heritage and Sport and the Adam Mickiewicz Museum of Literature in Warsaw.

During his visit to the Mickiewicz Museum in Istanbul, Deputy Prime Minister Piotr Gliński was accompanied by representatives of the Turkish government and city authorities, as well as representatives of the Lithuanian and Ukrainian consulates in Istanbul. At the end of his visit, Minister Gliński thanked the director of the Museum of Turkish and Islamic Art, of which the Adam Mickiewicz Museum is a branch, for taking care of such an important place for Poles.

The house where Adam Mickiewicz lived and died was visited by many Poles after the poet's death. The wooden upper part of the building burned down in the Istanbul fire of 1870. After the reconstruction of the district (with a changed street grid), it was restored with great reverence by a soldier of the November Uprising, Jan Górczyński. It became a meeting place for Polish emigrants.

In 1909, the first plaque, not preserved today, was built into the facade of the building with the inscription: Poet and great Polish patriot Adam Mickiewicz, friend of the Turks, founded by the Turkish Committee for Unity and Progress. Another plaque was placed in 1933 by Poles living in Istanbul.

On the centenary of his death, in 1955, through the efforts of the Polish and Turkish authorities, a modest museum of the poet was opened with an exhibition prepared by the Museum of Literature in Warsaw. A symbolic crypt has been arranged in basement, into which a cross and a plaque with an inscription have been built: Adam Mickiewicz's temporary resting place, 26 November - 30 December 1855. In 1999, the Turkish authorities bought the building from its private owners. Today, the Adam Mickiewicz Museum is a branch of the Istanbul Museum of Turkish and Islamic Art.